Last year an announcement by the International Olympic Committee threw a spanner in the works for skateboarders.

In a bid to chase younger audiences and re-invigorate the Games, it made the call to add skateboarding and surfing to the Olympic repertoire for Tokyo 2020.

The Kiwi skateboarding community responded with a mix of salutations and disgust.

A bitter debate was born.

Smouldering away in the city streets, the debate lives on.

Some skaters feared this inclusion could spell the end of the beloved street skateboarding culture, others expressed the notion it is simply the next step for the sport.

Having been a dedicated wood-pusher for the last decade I felt myself caught in this time of turbulence.

So I set out on a quest:

To find out what this decision really means for the sport, and discuss the concerns that some have raised.

Banter of country-affiliated spandex suits fueled arguments among the ‘no’ camp.

But secretary of Skateboarding New Zealand, Simon Thorp, assured me the Olympic committee has no interest in changing the culture or fashion sense that seems to set skateboarders apart.

He believed our introduction to the Games would give the public a more positive perception of the sport as well as bringing a lot more money into the industry.

"Skateboarding is so diverse and an individual activity, so if people want to skate street and be a rebel then they can, and if some want to become athletes, they can too," said Thorp.

Talking to local skateboarders in Christchurch, the response to our inclusion has been largely positive, with concerns raised by some.

15-year-old sponsored skater Hunter Moore said he liked the idea of bringing lots of skaters together but was not so fond of pitting them against each other.

"I just don’t like that it’s a huge competition, that’s not what skateboarding is really about," he said.

David Chen, 23, also a sponsored skateboarder, believed our new place in the Olympics would normalize the sport and make it easier for people to progress when out in the streets.

"We get trespassed or kicked out [of street spots] if we do it too much here in New Zealand, it's pretty heavy," said Chen.

The competition is likely to feature two different categories, the first is known as the street competition.

This will see skaters throw themselves down handrails and large flights of stairs while trying to perform technical maneuvers over the course of a run, which is generally 60 seconds long.

The other option for skaters looking to get into the Games is the bowl competition.

Held in what resembles a massive empty swimming pool, riders will be looking to launch themselves as high as possible while doing tricks and maintaining a ‘flow’ throughout the course of their run.

In both categories skaters would score points on the difficulty of the tricks performed, the style with which they’re done and whether or not they can complete their run without falling off the board.

Will we see any Kiwi skaters at Tokyo?

With that all figured out, what is the likelihood that we’ll actually see a Kiwi skateboarder in the Games you may wonder.

Thorp says from his understanding, skaters would “need to make it inside the top 20 in the world rankings for each format.” (Street or bowl)

To do this skaters would need to make it onto the podium in major skateboarding contests held throughout the year.

Unfortunately for Kiwis, New Zealand hosts only one of these, which falls into the bowl format.

Even managing to qualify for the Games is not necessarily a golden ticket.

Unless the skater has shown they have a very high chance of performing well, they would need to fund their own trip to Tokyo.

“If they [Olympic Committee] can be shown that someone is very likely to win a medal and become a hero to kiwi kids, they will fund them to train, travel etc” said Thorp.

An American-based 29-year-old professional skateboarder by the name of Tommy Fynn would currently be our best hope for Tokyo as he grew up skateboarding in New Zealand.

He sits fourteenth on the world ranking for street skateboarding.

Unfortunately for us, he has Australia and South Africa also trying to get him on board for their Olympic campaigns.

Thorp says being the professional he is, he will likely go with whoever can offer him more money.

Having explored this topic and spoken to the people affected by it, I feel as though our inclusion in the Olympics only makes skateboarding more diverse than it previously was.

It has opened a door for any kiwis that want to turn skateboarding into a career and the skaters who want to remain out in the streets are likely to experience more leniency from the likes of security guards due to our sport being recognized as an Olympic one.

Any skaters frustrated by the Olympics can simply turn off their TV - and go skating instead. 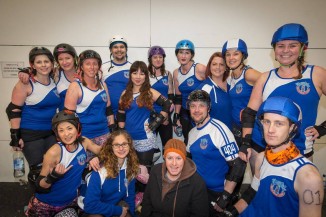 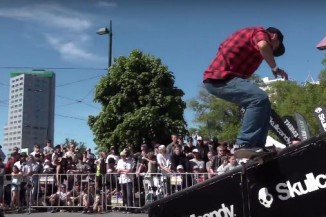