Chelsea and Alana Bremner are the first women to play 50 games at Lincoln University rugby club.

Bremner sisters Chelsea, 25, and Alana, 23, have been presented blazers after notching up 50 games each for their rugby club, Lincoln University.

The high-achieving pair will be the first women players to receive the honour at the club, with Alana getting there last Saturday, and Chelsea set to achieve the record after her next game.

The sisters give each other full credit when reflecting back on their effort.

Alana was the first to play rugby, with Chelsea later joining her on the field after having netball as her first choice. "Everything I learned [in those first years] I really took from Alana," said Chelsea.

Alana said having a sister in the team was "someone to keep you accountable... motivated, just like having a training buddy always with you."

Chelsea's first rugby game was a memorable one, as she received a yellow card.

"I thought it was funny at first, we had no idea what she was going to think of it... then we realised she was actually quite talented."

Both sisters are national representatives, with Chelsea having a contract with the Black Ferns and Alana being a part of the wider training group.

The Bremners have been involved with women's rugby at Lincoln from the beginning, with the team being created in 2015 by current coach and Lincoln University rugby vice-president Shawn Fibbes.

Fibbes described the sisters as the very best of friends, so it was fitting they received the honour together.

He praised the duo's talent, work ethic and support of the Lincoln team.

In their next 50 games, the pair hopes to see women's rugby continue to build.

Lincoln University has two women's teams, the Ewes and Hoggets, and the girls were amazed at the progress of the club.

"When we're talking to girls up North, they can't believe a club has two women's teams, so it's pretty incredible. The fact that everyone trains as well as plays... it's pretty cool," Chelsea said.

The Bremners and the Lincoln Ewes kick off at 1pm on Saturday, against Christchurch Football club. 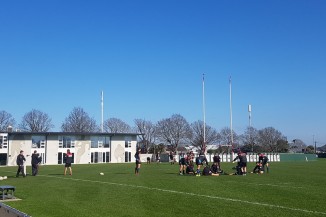 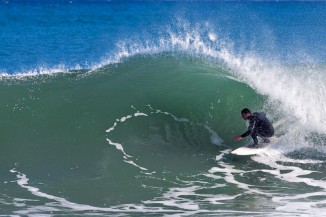 "Rugby gets all the funding," says New Zealand surf organiser.