Since 2019 rocks have littered Clifton beach - now residents' calls to council are being heard.

Since construction began on the Coastal Pathway project, beach-goers have had their spot turn from sandy shores to rocky territory.

Dr Pat McIntosh and Martin Ward from the Redcliffs Residents' Association (RRA) have been trying to get council to clear up the beach for years.

Their call to action was finally listened to at the Waikura/Linwood-Central-Heathcote community board, on Wednesday night.

The RRA was first alerted to the problem in August 2019 - locals complained suddenly there were lots of rocks being left on the beach.

They contacted the council with their concerns and were told two things; the contractors removed rocks larger than 100mm in diameter and that in any other case they were naturally occurring.

"In actual fact, the contractors didn't remove anything like all the rocks," McIntosh said.

They found the material was debris dug up in the course of construction, she said what would normally be 3-4 metres underground was near the surface.

They have established it's not the material that was imported to make the new sea wall - but was dug up to make the foundations, she said.

Now the community board has heard their pleas. It's requested council staff prepare a report, exploring removal options.

City councillor Jake McLellan said he was stumped it had taken this long.

"One of the big frustrations is that up until now council staff have spent all their energy first of all denying that there was a problem - trying to claim it would go away by itself. They've no reason to believe that's it at all."

She sought an opinion from geologists that live in the area - they confirmed nothing would change unless it was cleaned up.

She said the council hadn't taken any expert advice to suggest the rocks would naturally disappear in the sand.

It is unknown when the Waikura/Linwood-Central-Heathcote community board will receive the report, and when it will get to council chambers.

McLellan said, "simply the beach is worse than it was before, that's our fault and we should fix it." 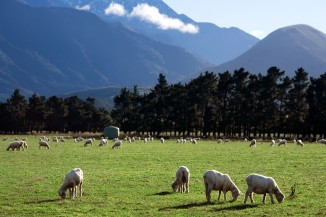 Our reporter looked into the Productivity Commission's 400-page report on being carbon neutral by 2050. Here's what he found.