New Zealand Music Month is in its 22nd year and some think it's time to burst into living colour - highlighting the Rainbow community.

Each May since 2000 the New Zealand music industry celebrates its broad range of practitioners, through fundraisers, seminars, features and playing more (or only) NZ music.

June is Pride Month and some of Aotearoa's Rainbow and musical communities wonder about the intersection of these two celebrations.

Some feel it's time for a shift in who is celebrated, cynical about New Zealand Music Month (NZMM). They say it celebrates artists that make Aotearoa "look cool", or those who are already excelling.

Brian Feary is the engine of the Ōtautahi-based label, Melted Ice Cream. He calls NZMM a good tool for people who "don't generally care about music; people who aren't record collectors, or die hard fans". He thinks it becomes "a bit of a thing in the same way as ANZAC Day- you buy a poppy- in the same way you listen to NZ music".

"You see the same artists get talked about; it’s that top tier of NZ music."

They feel the 20-year-old celebration has very little impact on NZ musicians.

Whanganui-a-Tara based (but Ōtautahi raised) musician Hybrid Rose is more optimistic, believing it's still about Kiwi music being "celebrated in all its glory".

What they all agree on, is the lack of conversation and visibility around LGBTQIA+, Queer and Rainbow musicians in their newsfeeds.

Rose says the issue has a lot of facets.

"Are queer artists being represented, or are they part of the music industry in general? Because we either are, or we’re not.”

She thinks it would be cool if queer music could be better represented during pride month or NZMM, adding New Zealand has "a lot of issues with inclusivity".

In order to achieve more representation and diversity in the musical landscape, Rose believes more funding opportunities should exist for rainbow artists. In the same way there is Māori and Pasifika funding she believes queer artists should receive funding.

"If you’re doing it with queer people that’s no different, that’s a community on its own."

Rose added that in funding outcomes, inclusion of the rainbow community "should be something to consider".

Feary thinks there is an effort being made to fund and produce queer people, but what might make a visible difference is “a good strong, gay icon" saying he doesn't think there is one but "that’s gonna change”.

Jen Shields of QTopia works with rangatahi and families navigating what can be a difficult journey of discovery. Shields, also an art practitioner and musician, believes the best way to support rainbow youth comes from building community. To her that means focusing on inclusion.

"Making sure our spaces are really welcoming and inclusive to our rainbow folks; to our women, to everyone who doesn’t really fit the standard mold- the more of us we’ll see in there."

She believes more accessibility to music through all-aged shows and access to musical resources, and Lukas Mayo agrees.

Mayo advocates resourcing for rainbow youth, saying “queer people are just poorer" and solutions don't necessarily lie with "representation at the top" but with "money at the bottom...more free music courses... More opportunities to pursue music in a creative way. It’d be cool to see an NZMM that puts more in that direction."

Mayo adds that for a lot of queer people their struggles started earlier.

"You have a more s... time at school. You don’t have the stability at home so you leave home earlier, and that leads to less and less opportunities and you have a more unstable life; it’s not like everyone has equal opportunities to even pursue music."

For now Hybrid Rose has a creative solution...

“How sick it would be if during June- that’s pride month- if they picked all queer musicians. Or even for new tracks, they should just pick that for June, just one funding round where it’s all queer artists... You know how they have the little logo when you make a music video, they should make it rainbow!”

If you or anyone you know needs help

Need to talk? Free call or text 1737 any time for support from a trained counsellor.

0508MUSICHELPS – The Wellbeing Service is a 24/7 online, on the phone and in-person counselling service fully funded by the NZ Music Foundation and provided free of charge to those in the Kiwi music community who can't access the help they need due to hardship and other circumstances. Call 0508 MUSICHELP. 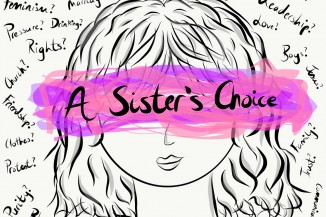 Women have a place in Christianity, but is it the place they want? Introducing 'A Sister’s Choice', the second episode of 'Oh My God?'

COVID-19 shines a light on homelessness in NZ

Communities from Palmerston North have said that COVID-19 has brought up the major issues of homelessness in New Zealand.