Tim Clements has been found after being missing for three days in the Ashburton Lakes area.

The 36-year-old Rangiora man was reported missing in Hakatere Conservation Park on Monday.

He was found by LandSAR about 10.35am today.

A police media relase said Clements was uninjured and in good spirits.

A police spokesperson said Clements began a walk on Te Araroa Trail towards Lake Emily on Saturday. He was scheduled to be picked up at Lake Emily at 10.30am on Monday but did not arrive.

Clements was known to go tramping regularly, but a workmate said it was his first time walking in the Ashburton Lakes area.

The workmate said Clements was a ''pretty good kid''.

A police spokesperson said six LandSAR volunteers, a rescue dog and one helicopter had searched for Clements overnight.

Today, 28 LandSAR staff, two dogs and a helicopter had continued the search, the spokesperson said.

The conversation about homelessness is well overdue, says city missioner. 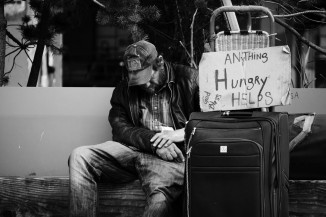 More than 41,000 Kiwis are without a place to call home - living in cars, abandoned properties, friends' living rooms and on the street.