People in Christchurch have been overlooking the intended purpose behind Neil Dawson's 'Spires' sculpture in Latimer Square.

Of 16 people, who passed by the sculpture while METRONEWS was there, just four could correctly identify the link between the sculpture and the old Christ Church Cathedral.

When the sculpture was first unveiled in 2014, designer Neil Dawson said to Creative NZ, a government agency that supported the project, his aim was to recreate the experience of looking up at a "point in the sky".

One visiting man from England "thought it was just a diamond" and admitted that he approached the sculpture thinking it had a link to the Marvel Comics character, Magneto - famous for controlling metal with his mind.

Of the four people who correctly identified the Cathedral link, one said they "just guessed" while another initially said they were unsure of the purpose.

One man said he had driven past the sculpture for the last year, but never consciously understood the link.

The original spire of the Christ Church Cathedral was destroyed in Christchurch's February 2011 earthquake.

Dawson has acknowledged the inspiration for the sculpture came from his attempts to draw the old Cathedral spire from memory.

Yet, none of this inspiration and significance is explained on-site in Latimer Square.

The only available information in the square is the sculpture's name and a list of those who contributed to the project.

"If it had a little narrative plaque, it would be good," said one man.

Another said it was needed because the sculpture's significance was "not easy to understand".

One tourist said that taking a photo with the sculpture would serve no purpose, as she'd have to spend time searching for the meaning on the internet.

She was "expecting" the site to have more information.

There is also no information about the sculpture at the Anglican Transitional Cathedral across the road.

Christchurch City Council's Head of Parks Andrew Rutledge said since the sculpture was only temporarily placed in Latimer Square, until 2019, the council was not planning to add any more on-site information. 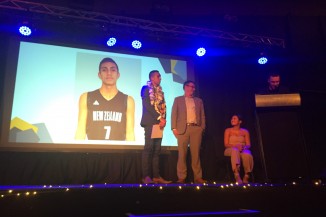 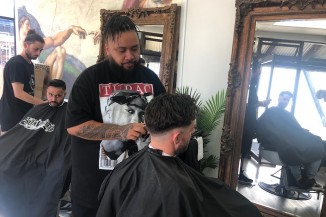 Eight of Ōtautahi's top barbershops have cleared their schedules, opened their doors for walk-ins, and come together under one banner.