Christchurch schoolgirl Darsha Keogan is making history one goal at a time.

The year 8 Cobham Intermediate student recently played at the national AIMS games in Tauranga - she was the first girl to lineup for a boys team at the tournament.

Darsha said the tournament was a lot of fun.

"I really love football and especially playing with the boys because they play differently from the girls. With the boys we play out wide and with the girls we play through the middle. There is no wrong or right but I think it’s better to play wide."

The AIMS games presented Darsha with some challenges, which she welcomed with open arms.

"It’s (AIMS) so much fun, all the Cobham students are all so supportive of each other and it’s great."

Darsha also competed in the Cross Country event, and plays Futsal in Christchurch.

Her coach, Carly Lawton, said she wanted Darsha at last year's tournament but couldn't get a dispensation.

From the last kick of the 2016 games, Lawton started applying for Darsha to be able to play this year.

"She was year seven last year. I tried to get her to play then and it was just a straight no (from AIMS) because it had never happened before," Lawton said.

The effort to get Darsha into the boys’ team went right to the top, with Canterbury and New Zealand Football backing the move.

"We said if we want our best team on the field, then this girl is one of them."

Darsha’s influence during the games was certainly worth the effort, as the team won all but one of their pool games, including an 8-0 win over Levin.

"She’s been playing so hard, she’s played every game for 12 games in five days," Lawton said.

She hoped that more talented girls, like Darsha, would be able to play in the boys' grade when the circumstances were right.

Cobham placed 15th in the AIMS games, finishing with a 2-0 win over Heaton Intermediate. 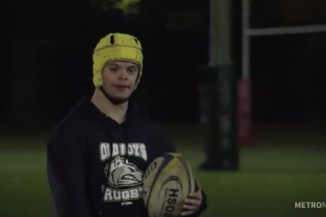 A local rugby club is running an initiative giving people with disabilities the chance to lace up their boots and take to the rugby field. 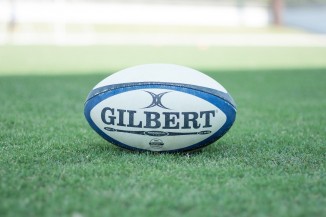 STAC 1st XV off to the big dance.

St Andrews College has made the 1st XV final, for the first time in the school's 102 year history.