After a three-month hiatus, Scared Scriptless will return to the court theatre for a “double shot” of comedy this coming weekend.

The show typically runs on a Friday, but there will be an additional Saturday performance to commemorate the return of the Court Jesters (the team of actors behind the well-loved improvisation show).

The team want as many people there as possible, so other barriers to attendance such as cost, and late nights affecting people's bed times have been removed for the event.

Court Jester Jeff Clark says it's been hard for the team to be away from the show these past couple of months. He’s been a jester for 24 years, and says it’s the biggest pause the show has had.

“It’s the longest break we’ve had. Even with the earthquakes, we were back within four weeks.”

Clark warns the crowd to expect higher energy levels than normal from the team.

“We’re a whole bunch of repressed improvisers getting to be in front of a crowd again.”

Tickets are selling out fast, and a big crowd is expected of fans both new and old. A normal performance of Scared Scriptless only uses half the available seats, but this weekend, all seats are expected to be filled. The whole theatre is the audience’s oyster for the performance.

Ben Heaney is a keen improv fan, and after seeing a version of Scared Scriptless in Perth many years ago was eager to check it out in New Zealand.

“I’d been meaning to check out the one in Christchurch for a while and realised they were making a comeback,” Heaney said.

Clark loves being a part of the Scared Scriptless team, and notes it has transferrable skills. Clark works as a preschool teacher during the day and said 'wrangling noisy kids and a drunk crowd have a similar skill set'.

He said he loves Scared Scriptless because every performance is different. Though they are all excited to be back, they are still taking precautions due to COVID.

“It’s not over yet, people will still be asked to wear masks.”

It will also not be all jesters on board, they will stick to four performers, a presenter and a musician on stage.

The double-shot performances will be on Friday 13 May and Saturday 14 May at 8pm at The Court Theatre. 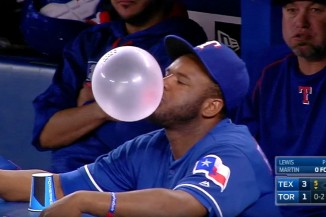 If you watch any sporting event today, don’t be surprised to see the gnashing of teeth. Chewing gum has become increasingly popular in sport. 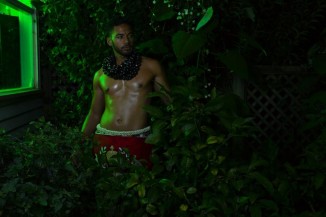 SAVAGE IN THE GARDEN: on Queer Pacific masculinity