With no overseas travel, a running series event is bringing a different theme from around the world to each race.

New Brighton was up early to kickstart Mother's Day with Christchurch's 10km run/walk.

The beach was spread with walkers and runners with nearly 300 people taking part in the race.

The theme of the event was ‘run the world’, with the idea that people cannot travel around the world so instead parts of the world were brought to Christchurch.

The event has four races throughout the year, the first race themed Africa, and this was the second race of the series themed the Antarctic.

The Antarctica Centre came on board with the organisers to help bring the theme alive.

When crossing the finish line, participants were greeted and handed a medal by a husky.

The Antarctic theme brought awareness of wildlife and how the community need to protect it.

Project manager for the Antarctic Centre, Todd Schmidt, said it was great to be a part of a community event and to see people looking after their wellness.

Schmidt was also the man behind the husky suit and said it felt good to give back to the community. Seeing the joy and sense of achievement was fulfilling and rewarding.

Race event manager, Tracey Mackey, said the race was a beautiful way to start the day and they were lucky enough to have the sun start to shine through as the competitors crossed the finish line.

This running event was on sand which could make the run 33 percent more difficult.

Some runners agreed, which some said it was quite nice running in the sand and they didn’t notice a difference.

The competitors passed the finish line feeling good, some pumping their arms up in the air and some almost crawling over.

As a reward participants received a free massage and breakfast.

A few of the competitors said they would be attending the next two runs of the series as well.

Community board member for the coastal ward, Jo Zervos, said the event was fantastic for the area and was beneficial for everyone.

Event company Fusion Events rotate around different areas of the city to give everyone a go, and Zervos said she appreciated the event covering the coastal area.

The team is now looking forward to the next race on 30 July with the theme of the rainforest, which will be at night on the beach.

The last race theme is Oceania.

This was the 4th year the event has been running and organisers had a good response so far and look forward to many more. 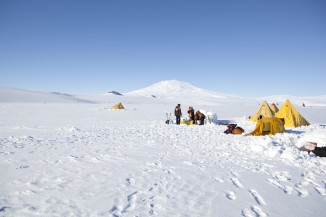 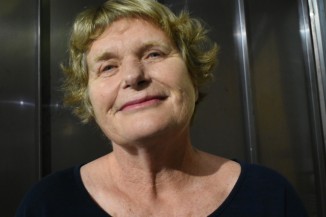