The Suburbs Rugby club has launched a mentoring group as part of an initiative to reduce domestic violence and binge drinking.

Club President, Jayson McRoberts, said the club created the group for the under-16 and -21 teams to help players make "good decisions under pressure".

The idea was to get together over food and talk about making the right decisions under pressure and incorporate them into other areas such as suicide awareness, respecting women and drinking responsibly.

“There are many ways to get the message across without it being a horrible you know standing in front of people and preaching type scenario,” said McRoberts.

The club established a relationship with family violence services three years ago when McRoberts looked to incorporate the "It's Not Ok" slogan on junior players' shirts.

It was a good vehicle to visually push the message, I believe we are the only club in Christchurch that does this, said McRoberts.

The initiative was part of a nationwide campaign led by It's Not Ok, where family violence networks work with sports clubs.

It’s Not Ok partnered the Suburbs Rugby club with AVIVA family violence services - a local outfit based in Linwood.

We felt it was extremely important as far as trying to improve the lives of our club members at home, as well as, highlighting that there are agencies and professionals there to listen and to help, McRoberts explained.

“It all sort of blends together nicely, the off-field stuff with the on-field, if we can encourage our players to make the right decisions under pressure then it’s a win-win for us,"

The partnership led to the club clamping down on senior teams alcohol use in the sheds and the banning of sculling alcohol.

Like many other clubs, the player of the day would scull a glass of beer and go back to their teams said, McRoberts.

“I think the penny just dropped when we first started looking into supporting Its Not Ok and anti-violence that was one of the first things we sort of saw wasn't a good look.”

The players now get a voucher, “this takes away that whole ugly side of drinking,” McRoberts said.

In 2016 the Suburbs Rugby club organised a push-up fundraiser and donated half of their funds to AVIVA.

Members from the under 6’s team through to the clubs oldest life member took part in the fundraiser.

The club collectively did 17,400 press ups in three hours and fundraised around nine thousand dollars donating four and a half thousand directly to AVIVA.

The Suburbs Rugby Club is currently completing a new strip to include an anti-violence slogan on the senior team's jerseys in time for the beginning of the rugby season in March next year. 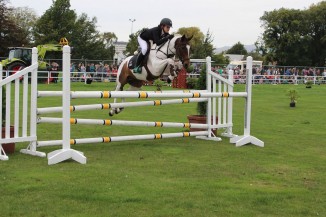 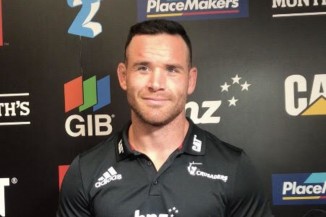 Ryan Crotty is leaving New Zealand Rugby at the end of the year and hopes to go out with a bang.