More than 25,000 Queensland residents have been urged to evacuate from low-lying coastal areas as the category 4 cyclone has now made landfall.

Cyclone Debbie has now hit between the exposed towns of  Bowen and Airlie Beach in Northern Queensland.

Rob Siolo, 26, said being in Christchurch during the earthquakes made him less anxious about the cyclone.

Siolo, who works as a resort chef on the Hayman Islands, has taped his windows shut and sand bagged his house doors to prepare.

"It's just unpredictable, I don't know what to expect," said Siolo.

Wind gusts of up to 250kmh have already been recorded.

Areas evacuated include popular tourist spots including the Whitsunday Islands and Mackay.

About 2000 emergency personnel have been deployed by Queensland's disaster management committee to help those affected.

Meteorologist Peter Little said the combination of warm coral sea water, south-easterly and north-westerly winds allowed a group of thunderstorms to combine and develop the cyclone.

The category 4 storm is predicted to be more destructive than Cyclone Yasi in 2011 which caused $5.1 billion worth of damage.

Cyclone Debbie as seen on the Bowen radar via @BOM_Qld. 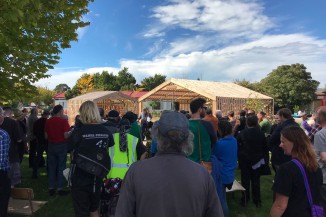 The Phillipstown Community Hub wants the government to make a decision on the future of their site. 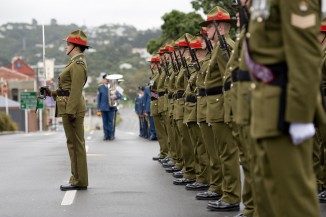