Roadworks in Sumner have caused damage to local businesses.

The works, which started in March, have closed access to Nayland St West, Marriner St East and Burgess St. Nayland St and Marriner St are one way city-bound.

However, businesses in the area have struggled as the restricted access means drivers can't stop and can't park.

The former owner of Stoked Surf and Skate, which closed down after the roadworks, said the shop had 96 percent less turnover over the last four months. No matter how good summer would be, the business was no longer viable.

Another business owner, who did not wish to be named, said the dust from the roadworks was a health and safety risk to the food outlets in the area. Their business was spending an extra $500 a month on commercial cleaning.

''It's been hard. Only the strong businesses survive.''

Adam Jenkins, who owns the Red Snapper fish'n'chips shop, said he'd had 50 percent less turnover in the last four months. Some days, it wasn't worth opening during the day, he said.

''I'm one of the lucky ones. For the last 10 years I took one holiday a year, but I've taken four holidays over the last four months.''

The Sumner Village Master Plan was the council's first community-led master plan and while Jenkins said the area would look good when the work was finished, he believed up to 27 car parks would be lost and it was not practical.

Joanna Hockham, who owns clothing store Urban Style, said the roadworks had turned the village into a dead-end. She called on the council to compensate businesses for the loss of income.

Both Jenkins and Hockham were frustrated the works were not being done at night and said overseas this would not be the case.

City councillor Sara Templeton, who represents the Heathcote ward, said the community was clear it wanted the work to be done in winter. The traffic management plan was one of the most detailed she had seen in Christchurch.

The loss of 27 car parks was offset by the creation of 20 car parks being constructed elsewhere in the village, Templeton said.

She said having the roadworks done at night would add 'significant cost' to the project. The council wanted to be 'mindful' of ratepayers' money and it would not be possible to compensate businesses as the income difference would be too difficult to measure.

''I acknowledge this is a frustrating time. But it will significantly improve the area and it will be an amazing summer,'' Templeton said.

Christchurch City Council Transport Planning and Delivery Manager Lynette Ellis said in a statement: "We do understand this has been a disruptive time for the community. Our team are talking with the businesses on a weekly basis to discuss issues and where possible work with them to alleviate concerns."

Works are set to continue through to the middle of September. 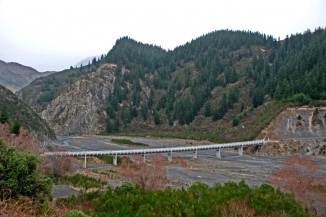 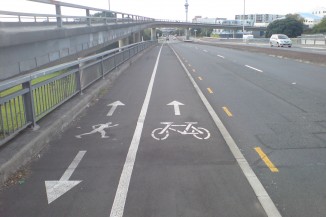 Three major routes will be ready within three months, but cycling lobby group blasts plan as a failure.