Richmond locals are tired of beggars congregating drunk or high outside the shopping village on Stanmore Road.

Christchurch's Richmond community members say public drinking is making people feel unsafe in their own neighbourhood, with violence towards passers-by getting out of hand.

Witnesses say there have also been sexual acts in exchange for drugs and alcohol behind the shops in the middle of the day.

Jay Webb, a shop owner in the area, started a petition to ban public alcohol consumption because he has called the police multiple times but they have little power to move them.

The beggars are affecting his business as people are too scared to enter the complex because of harassment and the smell of vomit.

“All of the people involved have homes they go to at night so they aren’t homeless, they are strictly begging for more alcohol and drug money.”

Around 160 people have signed the online petition but Webb's goal is much higher.

He has distributed a hard-copy petition which is circulating around local stores and plans to present all petitions to the community board within the next month.

Signatories of the online petition say they are sick of being approached and threatened by drunk people.

One said the anti-social behavior was creating a bad light for Stanmore Road, which should be an up-and-coming destination with the newly-built workingmen’s club.

Darryn Perfect posted on the Richmond community Facebook saying the beggars were causing havoc, people were running in front of cars abusing and banging on their windows.

Webb said their gang connections were how they distributed drugs so easily.

“Some beggars have vehicles parked close by, normally a patched gang member will jump in the car and disappear for an hour before coming back to their spot, all of a sudden people on bikes and scooters turn up and buy, it’s obvious and ridiculous.”

Webb said there had been an overall positive attitude towards the petition, as the community was sick of having to cross the road and walk past certain individuals.

However, some locals believe a liquor ban in the Richmond area is unnecessary and won’t solve any problems.

A resident said the beggars had never bothered her or her kids and the ban would not solve anything as there were no problems to begin with.

“They really aren’t doing anything to harm anyone… except in some people’s eyes it makes the shops look bad but this has not put me off or hindered me going to the shops.”

Another local said alcohol and drug addiction was a disease that was not necessarily a substance problem, but a behavior and thinking problem.

“Tossing them aside is another form of trauma and we could possibly help by getting them help and ongoing support."

Webb believes everyone is after the same thing, a safer and stronger community. 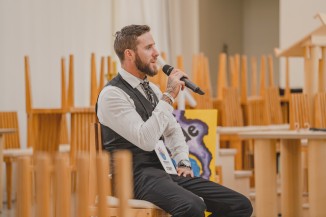 Jacob Skilling says his checkered past will help those needing help to relate to him. 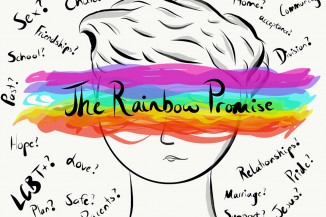 What is the relationship between LGBTQ+ young people and the Christian church?