The endangered Kōwaro (Mudfish) could be saved by replacing willow trees with natives.

His solution was to re-plant stream banks, replacing willow trees with natives. While willows provided food and cover for the fish, they increased pool drying. Switching to native plants that used less water would help, Meijer said.

Most of the remaining Kōwaro habitat is on private land, with just five percent on public Department of Conservation land.

Meijer stressed that the first step was to engage with landowners, the community and conservation groups to form a network "to gather the science behind and make informed decisions".

"We easily could start at a small scale, and work with 15 or 20 landowners, then slowly build up to potentially work with 90 percent of the landowners in the Canterbury plains," he said.

The main issue with Kōwaro becoming extinct was that they were a top predator. Introducing a new predator to replace them would be difficult, said Meijer.

The Department of Conservation lists 22 native fish species as "threatened" and 17 species as "at risk". Out of the 22 threatened species, 21 belong to the Galaxiidae family, which includes Kōwaro. 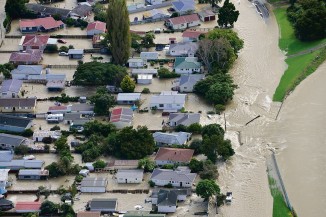 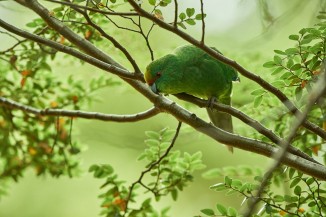