RDU has just started broadcasting from its new studio this week after six post-earthquake years of operating from temporary spaces. The station hasn't moved far from its last temporary home, which was also in the Boxed Quarter of St Asaph St.

Not content with a permanent home, the station, which was part of the Student Radio Network (known as the bNet between 1998 and 2009), plans to establish a satellite studio at the University of Canterbury, where it all began.

"The idea is to provide students with more access to broadcasting and I constantly refer to the student voice - a student conversation that's with themselves, people on campus, their tutors, their friends."

The remote studio location would be housed in University of Canterbury's Student Association, although that is not expected to be completed for two years.

A lot of planning went into the new custom designed space, with three new studios contained within the space and views of the Port Hills.

The studio was designed so it could connect multiple broadcast spaces and people could broadcast either together or individually.

"The equipment is really high tech and quite modern, as well as some really great vintage stuff. I've installed two tape decks so people can play cassettes," Meharry said.

He said the new studio's network capabilities would enable live music performances from the Beat Box site below, a strategic decision.

One of their temporary homes had included a horse float.

"Moving around the place was really great because we got to interact with the community. It's quite exciting being out on the road and setting up a live broadcast," Meharry said.

"The future for the station's really bright. We've put in most of the work now so hopefully it just gets into being the creative, fun part of broadcasting." 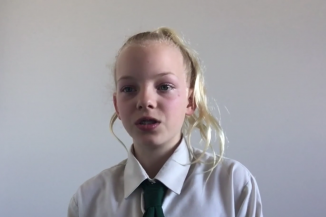 Mother "very proud" after her 12-year-old daughters film is chosen for US film festival. 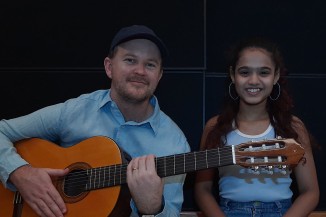 Thousands of people tune in to watch musical duo

Neighbours in the same isolation bubble are live streaming their concerts on Facebook.