A boxing initiative is seeking community funding so it can continue working with students caught up in organised fighting at Hillmorton High School.

Senior students were reportedly paying juniors to fight each other in hidden spaces such as the boys' bathroom.

Higginson, who is a youth worker at South West Baptist Church, appeared at the Waihoro/Spreydon-Cashmere Community Board meeting on March 30. He said the fighting had settled down but the problem had not been eliminated.

Higginson said the programme was designed to "take away the glorification of fighting, create great discipline and a supportive community". Alongside boxing lessons, students were mentored and educated about wellbeing and nutrition.

Hillmorton High principal Ann Brokenshire said the fighting was old news and had been dealt with through restorative practice.

The Champ Nation Boxing programme had the school's "full blessing". Brokenshire praised Higginson and Beauchamp, and hoped the programme would get more funding.

"Some of these boys come from a really tough background and kids don't change overnight," she said.

The programme had taught the boys about respect for both themselves and others. It had given them a sense of belonging, Brokenshire said.

Community Board chairperson Karolin Potter said at the March 30 meeting that she did not want the school exposed. She warned journalism students in attendance not to cover the issue.

When approached for comment the week after the meeting, Potter said she would "come after" anyone who reported the story. 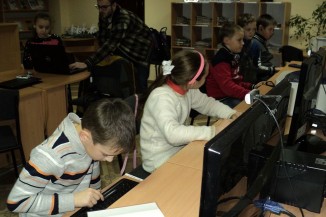 Parents 'under pressure' over strike

Parents and teachers prepare for the primary schools teachers' strike.