Time in prison could be likely for the man responsible for shouting racial abuse outside Al Noor Mosque on Wednesday afternoon.

33-year-old Daniel Nicholas Tuapawa appeared in the Christchurch District Court this morning, charged with behaving in an "insulting manner that was likely in circumstances to cause violence against persons."

The maximum penalty for a crime such as this is 3 months imprisonment and a $2,000 fine.

The man confirmed he did say statements such as "all Muslims are terrorists" and "I'm sick of these f***wits, they need to f*** off," whilst wearing a 'Trump for New Zealand' t-shirt as worshippers were entering and leaving the Asr (afternoon) prayers.

Defence Lawyer, Stephen Hembrow said Tuapawa "personally has nothing against Muslims or the Islamic faith", and had experienced a blackout during the incident.

He also said the man is extremely emotional about the event which will "live with him for the rest of his life."

Judge Bridget Mackintosh said she expected a few other people were emotional about the incident. She said she believed the best starting point would be imprisonment.

Tuapawa has been remanded on bail for sentencing on the 31st of July and is not allowed within 500 metres of mosques in Christchurch. 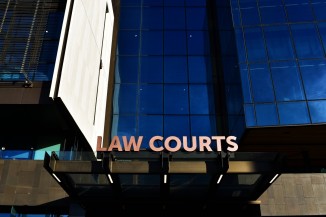 Man wanted six months in prison to "rehabilitate and recharge" and told judge "you will never see me again". 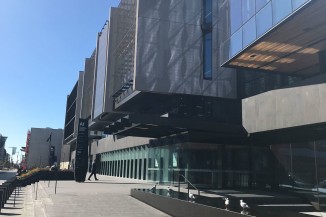 Broke her wrist, but didn't strangle her

A jury has convicted John Malcolm Borlase, 41, of assaulting his ex-partner but found him not guilty on four other charges.