A growing number of children are "helpless’" in the water because too few are getting swimming lessons at primary school.

A recent Otago University study of 48 children aged eight to 13 found many could not float, and few could swim the 100-metre standard recommended by the end of primary school.

Many needed assistance for the 100-metre swimming required at the start of the study.

"They were almost like babies in the water, you could not leave them by themselves without them sinking to the bottom and being completely helpless," he said.

Sixty per cent of the children had to be held up in the pool while they tried to swim.

All the children in the study were given 10 swimming lessons, which included technique and survival skills for the water. When tested three months later many had lost the skills they were taught.

Button said many parents were not placing a value on the need for swimming skills.

A report last year from the New Zealand Council for Education Research said almost all primary schools had a decline in swimming lessons for pupils.

He said just one quarter of 2400 schools had adequate swimming training in their programs.

Teaching a child to swim and survive in the water were vital skills.

Button said 600 families were asked to be part of his study, but only 48 took part – that show an antipathy towards swimming.

"When people get into trouble it is not because they do not know how to swim its more because they don't have basic skills like how to float," he said.

"If you can swim 200m and keep yourself a float in a pool your confidence when you come to danger in water will be much greater than someone who just knows how to float."

He thought 10 lessons was the bare minimum for a child each year. They learnt best through repetition and practice. 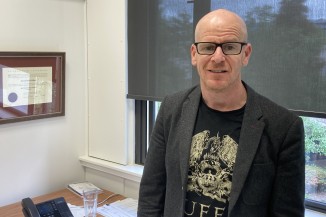 For a professor of criminal justice at the University of Canterbury, Jarrod Gilbert has a fair few stories for the watercooler. 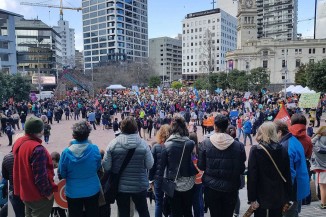 Principal says teachers were propping up an undervalued, underfunded system at the cost of their own health and wellbeing.