The "new generation" of performance-enhancing drug is easy to import and it’s causing concern in amateur sport.

Eighteen years old and an Under-19 Canterbury rugby representative. Finn Hart-Strawbridge was making a name for himself in New Zealand rugby, when a naive mistake got him banned from all sport for two years. He had tried to import a 5-milligram vial of the peptide GHRP-6.

“I felt extremely hard done by and confused at the time,” Hart-Strawbridge says. “I was as clean as every other player [on the field] and now I was banned for two years – the maximum ban.”

He was never drug tested. Drug Free Sport New Zealand (DFSNZ) acknowledged he was a clean athlete, but his admission and the “concrete evidence” intercepted by Customs was enough to suspend him for two years. Hart-Strawbridge was charged with possession, not use, of the drug.

The maximum ban has since been raised from two years to four years. If he had tested positive for the peptide he would’ve faced the same ban.

Hart-Strawbridge says he ordered the vial off the internet as a joke, to “have a laugh” with his mates, after being influenced by the newspaper article series ‘The Peptide Diary’. A three-part series written by New Zealand journalist Steve Deane, who regularly used the peptide in 2013 and highlighted how easy it was to get the drug through the border.

Hart-Strawbridge told the judicial committee he had no intention of using the drug and if he’d known importing it was against the rules he wouldn’t have ordered it.

He admits it was foolish.

“I was extremely naïve… the last thing I ever wanted was a ban over something as silly as this,” Hart-Strawbridge says.

A drugs and supplements presentation at the 2014 Under-19 Jock Hobbs National rugby tournament was the first time he had been educated on possession and the use of drugs in amateur sport. But it was too late.

He was told he couldn’t train with any team, see his friends or even go for a beer after the game. His rugby career was in jeopardy.

Now he’s the example set to young players at education seminars and the only peptide-related case in amateur rugby in New Zealand – since the performance-enhancing drugs were hot topic in the media in 2013.

Finn when he played for Nelson Bays Source: Facebook

Hart-Strawbridge’s case came at a time when Australian sport was rocked by peptide scandals. The AFL’s Essendon Club and NFL’s Cronulla team were at the centre of accusations and the Australian Crime Commission released a report about peptides and their presence in Australian sport.

Was Finn used as a scapegoat?

DFSNZ Programme Director Jude Ellis insists he wasn’t and says his ban is in accordance with the 2014 rules.

However, Hart-Strawbridge says if DFSNZ want to put a stop to peptides in amateur sport then “they should really go and test some club rugby players around NZ”.

DFSNZ tests athletes regularly at elite level, but the only testing at the amateur level are random drug tests at the Under-19 Jock Hobbs National Tournament.

Ellis says most of their recent cases against amateur players have come from intelligence and communication with Customs, instead of positive tests.

“We’re catching young uneducated kids, doing stupid things and if that becomes such a problem then A, we have to look at education and B, should we be prosecuting those cases or should we just refer them to the national [organisation]?”

Peptides have the potential to be everywhere because they’re easy to import. While it’s illegal to sell and manufacture, importing is legal and non-athletes face no penalty.

If Hart-Strawbridge had put his flat mate’s name on the peptides package, he wouldn’t have been caught.

Ellis says the legality of importing peptides makes young athletes vulnerable and “exposed to gym junkies who don’t have any rules”.

“That’s what concerns us,” she says.

Instead, DFSNZ use their resources to educate elite athletes, who they regularly test and Ellis says it’s unfortunate amateur athletes are getting caught out.

There is uncertainty surrounding peptides because it’s a ‘new medicine’ and its effects are largely unproven.

It’s supposed to do what its name suggests. The Growth Hormone Releasing Peptides increase production of natural growth hormones in the body, aiding recovery, improving strength and encouraging more lean muscle mass. While it has similar effects, it is not as potent as a steroid.

Administered by injection three times a day, a 5-milligram vial of the powdered peptide, combined with bacteriostatic water should last a regular user between 10 and 14 days. 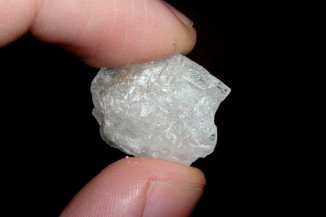 "You don’t have to be a rocket scientist. Our tradies are using the white rock." 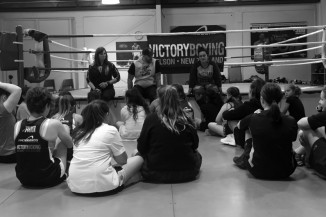 Boxing for life – A gym with a difference