Two groups are vying for the City Council's $30-million of funding to build a new theatre in the Christchurch Performing Arts Precinct.

The Andromeda theatre is a modern white cube with co-working spaces. The competition is the Court Theatre which used to have permanent residence in the Arts Centre before the quakes.

Andromeda  Project director, Michael Bell, said he wants the funding to be shared between the arts groups.

Michael Bell says the Andromeda  will put Christchurch on the map artistically and bring tens-of-millions-of-dollars into the economy.

Court Theatre Chief Executive, Philip Aldridge, said he has nothing to say about the competition proposal or its new design.

The Court Theatre has a $45 million proposal and is planning to fund-raise for the shortfall.

The City Council will meet later next month to discuss the proposals. 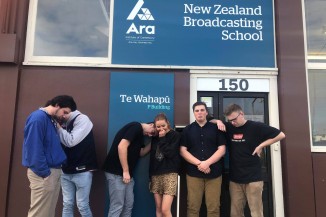