To the recipient of an organ, a donor can be the greatest person never known. They give someone the chance to live, often described as the gift of life.

For Alana Taylor, the greatest person never known to her, gifted the Christchurch resident a pair of lungs in July last year.

The 29 year old was diagnosed at birth with cystic fibrosis, a genetic disorder which affects essential organs by clogging them with thick, sticky mucus, causing shortness of breath, a chronic cough and repeated chest infections.

After 28 years of feeling like she was breathing through a straw and constantly running a marathon, Alana received a double lung transplant which saved her life.

“I knew I had been given 6 to 9 months to live if I didn’t have a double lung transplant by the end of last year. I wouldn’t have made it to Christmas. It was a matter of life or death”.

Since 2011, re-occurring chest infections kept admitting Alana into hospital more frequently, scarring and decreasing her lung capacity to 20 per cent.

As Alana’s health started to decline, she faced the challenge of securing a place on the lung transplant waiting list due to weighing 42kgs. In order to increase her weight, a feeding tube was implanted into her stomach and she began to wear her oxygen machine, nicknamed ‘lassie’, for 16 hours a day.

“I was determined to prove to those doctors that I can do this, I will get a transplant. My attitude has always been nothing will ever stop me, my illness will never take over who I am.”

Alana proved her determination to doctors, managing to gain weight and passing the main indicators to be able to get onto the lung transplant waiting list.

“I was in hospital at the time and the nurse came into my room saying ‘Alana you are on the list’ and it was like yes finally because it was this weight off my shoulders.”

“I was literally waiting for that phone call, to say there were lungs for me, everyday. I had to have my phone with me everyday. I couldn’t leave Canterbury. Everyday I got worse and worse. I knew I needed that operation because I ended up being on oxygen 24/7.”

After spending 6 weeks on the waiting list, Alana received the life changing phone call at 2:30am on the 29th of July. The Taylor family flew up to Auckland that morning, where Alana underwent a 6-hour operation. She awoke after a twelve-hour coma with a smile on her face, to the surprise of her nurses.

“I wasn’t scared that I was having a major operation. I didn’t know what the outcome was going to be but I knew my whole life was going to change.”

Alana can now wash her own hair without becoming exhausted, walk to her letter box in ease and has enough energy to make her bed, no longer taking her half an hour to complete. She can now string sentences together without coughing and is able to run into the ocean, a summer activity she has never been able to achieve before.

She still has cystic fibrosis and has to take a range of medication such as anti rejection drugs and vitamins. Due to her illness affecting her pancreas, Alana has to take enzymes every time she eats, as her body does not process food as it should. However, she no longer relies on her various oxygen machines, breathing in her own air to give her energy.

“I feel like a new person. It’s changed my perception in life as well. Life is so precious. If you want to go and do something, go and do it. You don’t want to live your whole life saying what if and that’s what I want to keep doing to myself, keep challenging myself.”

Throughout Alana’s journey, what surprised her the most was how low New Zealand’s organ donation rates are. She believes it is due to the current driver’s licence system, families vetoing organ donation and the lack of awareness.

“New Zealand needs a better system. It needs to change and as a person who has received a donor’s organs, something needs to be done. You need to talk to your families about your wishes because at the end of the day, they have the final decision if you ever end up in the position where you are in ICU.”

Even though there were 53 deceased organ donors in 2015, the largest number ever in New Zealand, our deceased donation rate remains among the lowest in the world.

Our deceased donation rate has been approximately 10.2 per million people (pmp) over the last 22 years, ranking us 28 out of 38 countries. Compare this to Australia, which had around 18 pmp in 2015, and Spain, which had the highest rate at around 36 pmp in 2014.

In the consultation document, one of the proposed changes to boost organ donation rates is to improve the current driver licence donor system. Other options include public education, improvements to how doctors identify potential donors and how organ donation is discussed with families.

1.8 million people in New Zealand think they have voluntarily assigned their organs for potential transplant by ticking to be a donor on their driver’s licence, with the possibility of becoming the greatest person never known. However, the declaration we make on our licence gives doctors no authority to take our organs. Due to being a simple yes or no tick box, ICU doctors say it is not possible to verify if you were properly informed and fully understood the decision to become a deceased organ donor.  Therefore, the decision to donate falls on your family.

One campaigner, Andy Tookey, is strongly against the government changing the drivers licence system and said they are sticking a Band Aid on the issue, a temporary fix, rather than a long term improvement.

“The current system is very piecemeal. I have campaigned for 14 years and we haven’t advanced at all. The figures speak for themselves. We only had 5 more donors than last year. Other countries are seeing 50, 60, 70 per cent increases. We need a fresh system.”

The motel owner started campaigning after his daughter, Katie, was born 14 years ago and was diagnosed with a rare liver disease when she was six weeks old. When Andy researched what her chances were of getting a transplant, he discovered New Zealand’s woeful organ donation rates.

Tookey believes doctors are not scouting potential organ donors, failing to ask families and when they do, 6 out of 10 families are saying no to organ donation.

Due to these reasons, he wants an online organ donation register to be set up in New Zealand.

“There’s been a lot of arguments for and against registers. People need to have a register to put their wishes on, so at a dramatic time, when the family is asked, at least they know what their wishes were and they can refer to the register.”

A standalone register was outlined for consideration in a review by the Ministry of Health in March. However, this proposal was absent in the consultation document, published at the beginning of June, stating that a specific donor register would be expensive to establish.

In 1987, New Zealand introduced a computerised organ donor register but eventually lapsed when it was later found that the information was unavailable to hospital staff and was not operating as planned. The drivers licence application continued to provide the option to become an organ donor.

“I have recently been arguing with the Minister of Health about this register. I’ve thrown quotes back at him recently which he read out in front of parliament when I brought up having a binding register” said Andy.

Back in November 2007, Jonathan Coleman was a strong advocate for introducing a national organ donor register, stating that he supported Andy Tookey during his speech at the second reading of the Human Tissue (Organ Donation) Amendment Bill.

“I think it is a real shame that the House is missing this opportunity to institute a voluntary organ donor register, because there is a real need in society for donated organs… I would say to Andy Tookey that he should not give up on his goal of getting this register established, because I think that it is only a matter of time before it happens, and he certainly knows that he has the National Party’s support the next time this matter comes before the Parliament.”

Andy feels that he hasn’t had support, with Coleman going back on his word.

“There needs to be a huge public education campaign and a change in attitudes to improve the rates. I don’t know what will come out of this review.”

With diabetes rates increasing and causing people to suffer from kidney failure, the number of people who need a kidney transplant will increase and a Christchurch Doctor is calling for New Zealand to lift donation rates.

“Each year we add more than what we put on, we add more people to the list than we transplant”.

“But it’s tricky because on the other hand the driver licence thing gets at everyone, which is an easy thing to get.”

600-700 people are waiting for a kidney transplant, the biggest group of people waiting for an organ donor, many of whom are on dialysis. Cross knows these figures are rising and believes that New Zealanders need to be more aware of organ donation, describing the current promotion as “a little bit piecemeal, with no continual strategy”.

However, he said that the process of organ donation was a complex, multi level and multifaceted system, which makes it hard to improve systems that are in place.

He expressed that systems in place for organ donation and transplantations in intensive care units needs to be extensively looked into due to the pressure doctors are under, with limited numbers of beds. If resources are squeezed, Cross said it often puts pressure on taking the time to have the availability of a bed to look after an organ donor and their family. He would like to see ongoing oversight across the country for increased co-ordination and doctors gaining more training and education to increase rates.

Cross wants public health messages to promote organ donation, similar to flu and smoking campaigns and is hoping the consultation improves a system that has been overlooked for too many years.

“The most important thing if people are interested in organ donation, they should know about it, what it would be like to be a donor, what would it mean and make your wishes known to your family. It’s really important that the deceased person’s wishes are known to their family.”

For Alana Taylor, words cannot describe how thankful she is to her donor and their family. She can now see the relief on her parents faces as they don’t see her struggling anymore.

“There is a certain light in their faces that I haven’t seen for a very long time.”

She hopes, just like Andy Tookey and Doctor Nick Cross, that the system changes, lives are saved and together, more people become the greatest person never known. 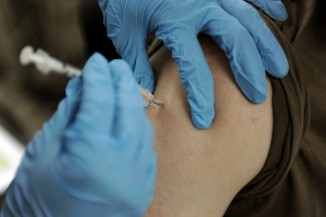 Getting the flu shot

It's flu season. We've seen the pamphlets, we've heard the warnings but have we heard everything? 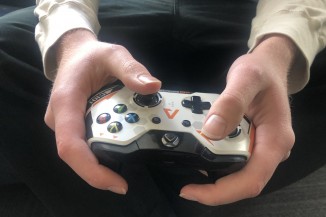 When gaming becomes an addiction

The video and computer games industry is booming however, there is a dark side to its success.