Organist Richard Hore plays outside his supermarket every weekend to fund his daughter's dream.

Hore, a winner of Queen's Service Medal for music, has played professionally since 1973.

Now he is playing outside Bush Inn Countdown to raise money to take his daughter Megan to Disneyland Paris.

"Meg's actual dream, her actual bucket list, is to visit every Disneyland in the world in her lifetime," Hore said.

Doctors gave 18-year-old Megan a 50 percent chance of survival when they diagnosed her with bone cancer in October last year.

Despite having 13 centimetres of muscle removed in February doctors predict her chances of survival remain at 50 percent.

"She is a fantastic spirit and is very brave she’s just entering her last fortnight of chemotherapy treatment," said Hore.

Hore, who has played outside countdown since May said the public support has been "absolutely phenomenal".

"It's blown me away it's blown all of us away."

University of Canterbury student, Jamie Rutledge, a regular shopper at Countdown started a Give A Little page for Megan in July.

"I didn't know him as such, but he came to me and said he wanted to do something for us and that he was inspired by what I was doing," Hore said.

The trip to Paris will take place in April or May next year and will align with the university holidays.

Hore estimated their budget for the trip will be about $20,000.

"I am extremely grateful to everyone who has donated, and my gratitude for Countdown is boundless," he said. 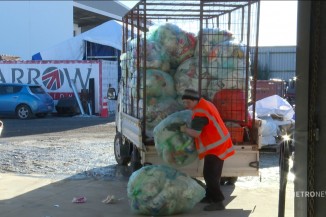 It's back: Soft Plastic recycling bins can be found again across Canterbury Stores. 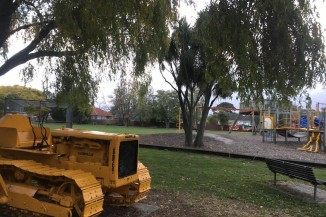