. 147 of those 5650 men play rugby professionally in New Zealand

Lets not ignore that this data doesn’t consider Samoan’s playing in Japan or Europe or who have gone to Rugby League. That number would be a heck of a lot higher.

According to the NCAA in America:

If you play for a top Basketball college in America you have a 1.3% chance of playing in the NBA.

Similarly in the NFL if you play for a top football college you will have a 2% chance of playing professionally.

Now rugby in New Zealand may not be the height of professionalism in fact a lot of provincial players are paid like amateurs and are advised to have part time jobs away from rugby.

But that doesn’t make this statement any less true,

A Samoan male between the ages of 20-29 has a better chance of playing professional sport than most college athletes in the United States.

The people behind the numbers

Tasesa Lavea was one of the many Samoan boys who took the path well travelled and cracked into rugby at an early age.

Lavea played for New Zealand Secondary schools and was then snapped up by the Melbourne Storm. He went on to play for the Blues and represented Samoa at the 2011 rugby world cup. Now he coaches the King’s College 1st XV in Auckland and guides young Samoan players to greater things.

Lavea says that rugby is the national sport of Samoa and on such a small island there isn’t a lot else that gets played.

Polynesian boys are more physically mature at a younger age and with rugby being a “young man’s sport” Samoan men can thrive. He used the likes of Reiko Iaone, Damien Mackenzie and Jordie Barrett as examples of how in favor footy can be to younger players.

“That opportunity comes with a caveat” he says”With so many young Samoan men graduating into professional teams there has to be more focus on their “maturity to handle the pressures that comes with being in the public eye.”

“When you get that first contract you go from working for petty cash in the school holidays to having a real income and all of a sudden you have friends you didn’t realise you had!”

Tasesa worries that with so many young men without any financial experience walking into big contracts, player agents don’t always do what’s best for the player. “Agents need to be kept in check, because they make a lot of promises they can’t keep”.

For a lot of Samoan men Lavea says “They don’t really know what they are worth and therefore don’t know how to take care of money properly”.

“Agents, friends even just looking after your family- which is a must in Samoan culture- can put young men under pressure to be bread winners.”

Being expected to be a contributing member of the family is a reality for a lot of young Samoan men but Lavea says money shouldn’t be the focus for the talented 2.6% that do get offered contracts by rugby unions. “If a rugby union is willing to pay for you to study at a university on scholarship because you’re good at a sport, that is the ticket!”

For young Samoan boys who have high expectations in rugby Lavea gives this message. “Never just have rugby always have a Plan B” that’s not to say you won’t make it just that with so many young guys coming through, “It truly is a young man’s sport and you get old quick.”

Lavea’s warning come from his own experience having a successful career in rugby.

There are many more Samoan men out there who have failed to go on further in the game due to the pressure and expectations of being the ‘One in Thirty’. 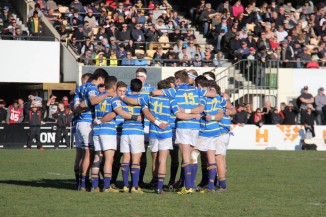 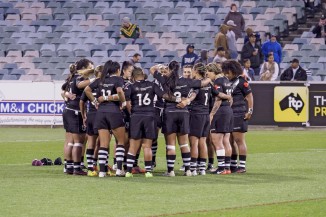