Thousands of young Kiwis embark on a journey overseas each year, however, their plans this year became more of a challenge than expected.

Two 18-year-old Kiwi women on a gap year told Metronews about the emotional rollercoaster they experienced having to give up their travels, and their mission to get home amidst the COVID-19 crisis.

Sophie Mephan, a Mapua resident based in Poland, said it was hard to make the decision to come home as she previously felt she could handle a few months in lockdown, but after a week in isolation and advice from family in NZ, she decided to return home.

"I hated having to make the decision to go home and was so on the fence about staying or going. It was the decision that was haunting me, not the threat of being stuck in Poland."

Mephan said she was lucky she was warned about the potential closure of many European borders by her school mentor, outside of the northern Polish city of Gdansk, a few days after the school she was volunteering at closed.

"None of the other volunteers had received the advice we had, from neither their schools nor Lattitude, but a week later we were all offered by Lattitude the chance to leave."

Lattitude is an international youth development charity with a mission to educate young people through opportunities to volunteer abroad.

Mephan said while it was great the organisation offered her flights from London to New Zealand, she had to organise her own transport from Poland to the UK.

"We were originally all supposed to be flying out of Warsaw to London that day after making the decision to leave, however, we woke that morning, only a few hours before our train was due to leave, to discover the flight had been cancelled."

Mephan said she and the other volunteers were eventually able to get flights to London, even though some of her friends had to pay for business class tickets which cost the same amount as an economy class ticket from London to New Zealand.

Mephan's mother from Mapua, Justine Millar, said the family was so pleased to have the support of the travel agent and Lattitude as she said the organisation made the process much easier and cheaper.

Millar said it was upsetting to hear stories of some of the others who tried to organise their flights on their own, costing them significantly more.

18-year-old Matakana resident based in the UK, Elise Maric, said coming home was the last thing she wanted to do as she felt she just settled into her new life.

"The realisation I had to come home was a tough pill to swallow, although long term, I knew it was probably the right decision."

Unlike Mephan, Maric organised her volunteer work through the school itself, not through an organisation like Lattitude.

Maric said the whole process of getting home was scary and unpredictable as transit borders closed and flights were cancelled every minute.

"It was so beyond stressful, not to mention expensive, I think I had about six non-refundable flights."

Maric said while most of her flights had been suddenly cancelled while she was at the airport due to border closures in transit countries, she was able to get on a flight that stopped in Qatar just after New Zealand closed its borders to non-New Zealand citizens.

"Finally getting a flight that took off was bittersweet. As gutted as I was that I had to come home, I was honestly just so relieved to be able to come back."

Maric's mother from Matakana, Lianne Maric, said while the family were all exhausted with the emotional highs and lows of wondering if their daughter would make it home, the experience demonstrated the true value of family and friends.

"Friends stepped in to help with no questions asked and family were so incredibly supportive. For this, I am so grateful."

Maric said while the whole process of transport home was costly, it was more important to have her daughter home.

"Flights were eye-wateringly expensive. But what price do you put on getting your loved one home safely?" 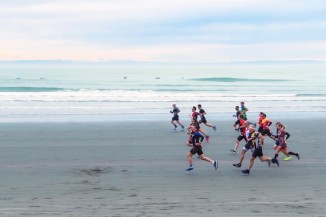 6 months later and the Sea2Sky challenge is all go

An event that has been running since 2016 faced its most challenging year due to COVID-19, but it was all smiles on race day. 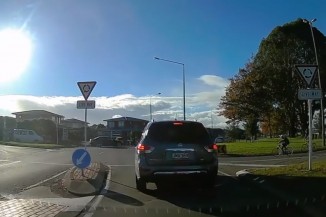 Shocking footage shows a car hitting a child on a bike at the Harewood Road roundabout near Bishopdale Mall.