The country's 16 polytechnics will merge into one body, a so-called "mega-tech", in April. The single entity will be known as the New Zealand Institute of Skills and Technology (NZIST).

The New Zealand Broadcasting School (NZBS), which is a part of Ara Institute of Canterbury, is the premier national provider of applied education in broadcast journalism, television, film, digital media, radio performance and production.

Reti said institutions such as NZBS deserve certainty about their future. The merger would remove regional autonomy and decision-making by centralising the polytechnics, he said.

"We're certainly getting a strong view that it's not in the Broadcasting School's interest."

And it's not just NZBS Reti is worried about.

"The polytechnics that are performing well, they're not broken. What are you trying to fix? ...don't damage the high-performing polytechnics by bringing them into one mega polytechnic, I just don't think that will work."

NZBS journalism student Isobel Prasad said she was concerned about the implications of the merger.  She believed nationalising the school's offering might make it less special to the industry.

Ara Institute of Canterbury chief executive Tony Gray said he did not support every aspect of the merger, but believed the change could bring opportunities.

Gray said NZBS was a key area of provision for Ara. It had delivered high quality over a number of years and was recognised by the industry. The students coming through it went on to do fantastic things, he said.

The chief executive believed the merger would benefit NZBS, not damage it.

"The challenge is that we don't sit on our morals. We don't just sit back and assume what's good now will be good if we don't keep pushing things forward. If all you concentrate on is what you do now, because it's good, actually time shows you that you've got to keep on continuously improving because if you don't, you slip backwards."

Despite the confirmation the merger will happen, only the draft legislation has been confirmed which means there is still a long process yet for it to be passed through the government.

Gray said it was still a possibility for the merger to be voted out by the government and be completely forgotten about.

"I think one of the things that we are doing and will continue to do, as a part of our campus redevelopment plan, is to look at how we can best provide the right type of learning environment for all broadcasting students, and that might not be just within Ara, that might be working alongside and in the same building as RNZ and TVNZ and whatever else." 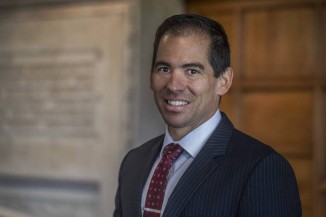