Festival lineup to be announced next month is unlikely to include international artists.

Rhythm and Vines usually hosts international artists over the three-day weekend in Gisborne. However, this year's lineup has no international acts due to Covid-19 border restrictions.

Aimee Tibbotts attended last years Rhythm and Vines festival and said that international artists was the highlight of the festival for her.

"Having the hype and excitement around seeing an artist from overseas over someone that you may have already seen from NZ made the festival that much better."

Some New Zealand festival-goers say that if no international artists are in the lineup, festival prices should be lowered or partial refunds should be considered. Three-day passes cost up to $460, and some people pay up to $940 to get a camping package included.

Festival director and co-founder Hamish Pinkham said nothing lineup-related would result in refunds.

"The majority of the tickets were sold prior to any artists being released, so that just shows people are buying into the rich 18-year history and the renowned R&V experience rather than names on the poster."

Tibbotts said that for the amount of money people pay when buying a ticket, there should definitely be international artists otherwise people will be pretty disappointed.

The first international act didn't perform until the festival's fifth year, although it has since become something of an expectation as people fly from around the country to attend.

Pinkham said he was focused on securing a Kiwi lineup but "the situation is changing week to week".

If the borders opened, international acts would be pursued.

Pinkham said that the festival supported and invested in Kiwi music.

"The vision has always been for R&V to be a platform for Kiwi musicians."

Bay Dreams, a music festival held in both Mount Maunganui and Nelson, released its line-up on July 7. The artists included only New Zealand and Australian acts.

After the festival posted the line up online, potential festival-goers questioned on Facebook if the price would be lower due to the lack of international artists. Bay Dreams responded to one of these comments saying: "Securing one of the biggest dance acts in the world is not cheap." 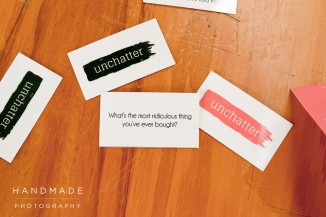 Unchatter: A new way to connect

One women has created a connection experience which brings together people in a space where being present in the moment is a priority.