As part of the redevelopment at Beckenham Primary School and Lincoln High School, individual toilets are being implemented, following ministerial guidelines.

While individual toilet cubicles are encouraging for the global gender revolution, a Canterbury social support group for queer youth says the changes to Ministry guidelines isn't because of gender.

Q-topia's education co-coordinator, Anne Nicholson said the Ministry of Education wanted all new school structures to have individual toilets instead of the mass cubicles currently in most schools.

"It's become a red herring for gender understanding but the Ministry is looking at making toilets safer for all students," Nicholson said.

The new toilet rooms have floor-ceiling doors and a sink within the room which gets rid of the old-style cubicles with space above and below doors.

However, Nicholson said this change is only a very small component of the changes Canterbury schools are making to encourage inclusiveness within their walls.

Hagley College, Rangi Ruru Girls' School, Beckenham Primary and Lincoln High school are among schools making an effort to use gender-neutral titles and breakdown gender-specific practices that are part and parcel of New Zealand schooling.

The move away from traditional labels is to help children be themselves and enjoy the same freedom. the gender neutral practices have also extended to uniforms at Beckenham Primary School.

Nicholson said, "Especially at primary school, a lot of female students still want to climb all over play equipment and wear trousers like their male counterparts do and this allows them to feel neutral and themselves with their peers"

Principal of Beckenham Primary, Sandra Hastings said: "we haven't changed out uniform, we've just taken the words boys and girls out of all handouts about our uniforms".

The school now allows students to choose uniforms they feel most comfortable in. Hastings said the school has always been flexible with uniforms; girls were unofficially allowed to wear dresses, culottes as well as shorts and trousers, however, boys were only given the option of traditional male attire.

The school places emphasis on inclusiveness means Hastings expects to understand from all regarding the changes, "If a child feels more comfortable in the culottes or the dress then that's what they're able to wear and we would expect that nobody will give them any grief or comment on their choice of dress".

Students are encouraged to be individuals and comfortable in their learning environment and Hastings said this is a practical step in achieving this goal. 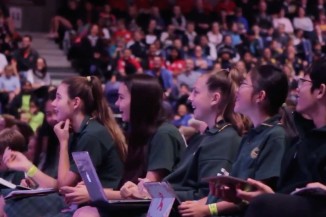 National Young Leaders day preparing our kids for the future 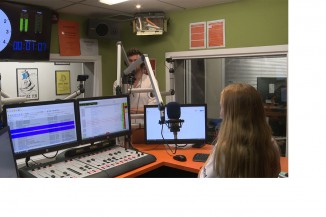