Former Wigram Lions Club president says Avonhead Park is the perfect location for a community barbecue, rejecting conerns it could distract nearby pre-schoolers and grievers.

The Fendalton-Waimairi-Harewood community board blocked plans to install the barbecue because of concerns it would generate too much noise.

Former club president Jack Tait said if a barbecue was too noisy for the park, then sports would have to be banned too.

The Christchurch City Council spent about $6000 on surveying the community and 470 leaflets were delivered to surrounding businesses. Only 9 opposed the $28 thousand donated facility.

Chair of the Avonhead Community group Professor Bagchi believes if the barbecue were to be installed, it would've been a major problem.

He said the noise generated by the barbecue would've distracted mourners at the nearby cemetery.

The club is working with the Christchurch City Council to find another suitable location in the city. 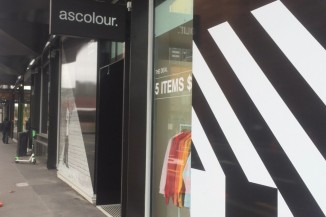 The Tearfund Ethical Fashion Guide for 2019 was released yesterday.