The government’s plan to be carbon neutral by 2050 is ambitious and has long been controversial, and it's time to look at what this means for our economy in the near future.

In April, the Productivity Commission released a draft report outlining the economic steps required to coax the nation into carbon neutrality by our deadline. As well as asking a few questions that need answering, it outlined three major recommendations:

1. Increasing the Emissions Trading Scheme offset price by up to 1200%

2. A “Feebate” scheme to lower the cost of electric cars, all but eliminating petrol cars by 2030

3. Transitioning farmland back to forest and subsidizing the landowners through the Emissions Trading Scheme

The commission understands that all of those suggestions are risky. The report notes that “Decarbonising economies and societies underpinned for a century or more by fossil fuels inevitably means substantial change. It requires old technologies and even old industries to be replaced by new.”

Given that 35% of New Zealand’s greenhouse gas emissions come from the nation’s cows, the idea of curbing those emissions within the next 32 years has understandably been none too popular with the country’s dairy farmers. The dairy industry is supporting forestry efforts but acknowledges it may not be enough.

DairyNZ CEO Tim Mackle says, “even with significant undertakings by the agricultural sector to adopt initiatives such as increased planting, there is no long-term solution without the emergence of a mitigation technology to reduce the methane produced by cattle and sheep.”

He is referring to technology along the lines of the so-called “methane vaccine” being developed by The Pastoral Greenhouse Gas Research Consortium – a group set up in 2003 to research the bacteria in cow’s stomachs which release methane as they break down food - and investigate ways to replace them with less harmful bacteria.

Climate Change Minister James Shaw believes it is a possibility in the future, saying “there’s some really promising science, and then there’s some stuff that’s pretty speculative… I think there probably will be a methane vaccine, I don’t know when it will pop up, it could pop up next year it could pop up ten years from now, but I think it’ll be part of the mix.”

And he does say he thinks farming can be a sustainable economy. In 2006-2007 when the farmgate price collapsed, farmers de-intensified their stock and stopped importing feed, a move which also coincidentally dropped the industry’s emissions. Shaw believes these smaller fixes combined with gradual improvements to the “methane vaccine”, farming can become more sustainable.

But farmers aren’t the only ones getting news that doesn’t strictly bode well. The report says “For the bulk of light vehicles to be electric by 2050, nearly all vehicles entering the fleet would need to be EVs by the early-2030s.” That means big upsets in the import market, but more lastingly, almost total exclusion of the petrol market within 30 years.

The response to this has not been what most would expect, however. Z energy made a submission to the Productivity Commission’s draft report saying “Z Energy believes that the Government could be far more bullish in their support of EV uptake in New Zealand – particularly around their own role as a significant procurer of electric vehicles.”

The reason that New Zealanders won’t be picking up electric cars en masse in the near future is simple. Electric vehicles will only become competitive price-wise when they enter the second-hand market.

James Shaw explained why that may take a few years, saying “About 90% of all new cars sold are corporate vehicles... They stay on the company car fleet for about 3-5 years and then they go into the second-hand market. That’s where we all buy our cars, essentially five-year-old second-hand ex-fleet vehicles. That’s why everyone’s driving Toyota Corolla’s right?”

National Party spokesman for Energy and Natural Resources Jonathan Young also doesn’t believe applying the import tax to individuals would be sustainable, characterising that “Taxing petrol vehicles to make electric vehicles cheaper is like taxing those who can’t afford an EV to help those who can afford one. It’s a perverse reversal of socialism.”

Shaw explained that the government has started an aggressive plan to transition the government’s vehicle fleet to electric. In total, the New Zealand government has about fifteen-thousand cars in its fleet, and it hopes to change a third of those to electric by 2021. Within 3-5 years those cars will enter the second-hand market and the cars will spread across the nation.

The Productivity Commission’s report is far from the final fix, and there are many steps to take before we reach a low emissions economy. Namely, one of the recommendations of the report which is to form a Climate Change Commission.

The Parliamentary Commissioner for the Environment has recommended a UK-style act setting carbon budgets and placing emissions targets in legislation. A plan which also involves setting up a Climate Change Commission.

The plan is popular. A group comprised of banks, energy companies, churches, petrol companies and environmentalists all penned a letter of support for the UK-style approach, saying it “would provide predictability, reduce New Zealand’s risk of an abrupt transition and ensure co-ordination between corporates and government agencies to achieve those targets”.

The commission would be formed under the Zero Carbon Bill currently making its way through parliament. James Shaw has been touring the country talking about the bill’s merits as the public is given a chance for consultation, and the bill will be introduced to Parliament in October.

There’s a long road ahead for a sound economic transition to low emissions in New Zealand, but we have an obligation to work towards it for the good of the planet. The Paris Climate Accords laid out the path for us, and it’s our job to drive that road.

With any luck, in a three to five-year-old, ex-corporate electric car. 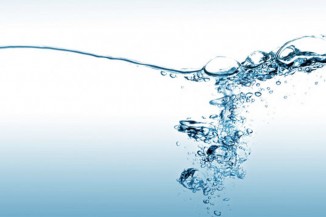 Local iwi say they're not happy Ashburton District Council didn't inform them of plans to sell an Ashburton property. 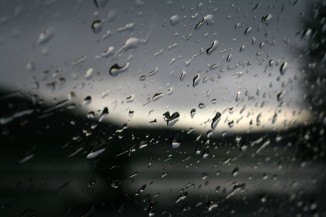 Rainy start to the week

Christchurch is set to have a rainy start to the week with developing rain throughout the morning.