Central City Business Manger Paul Lonsdale says the city is struggling to get back to it's pre-quake night life.

The idea was launched in Amsterdam in 2014 when Mirik Milan became the world's first "night mayor" leading the way for places like London, Paris and New York following suit.

Unlike its daytime counterpart, a "night mayor" is not an elected position and is usually appointed to the role and is becoming more common in larger cities around the world.

Central City Business Association manager Paul Lonsdale said "someone concentrating on night is something the city could use right now, especially with the city building up a head of steam thanks to developments like The Terrace and Little High."

He added without a concept like this the city could struggle to reach pre-quake night life levels.

Lonsdale said "in a Christchurch setting the job would be advocacy for night life in the central city, encouraging bands to come over, organizing transportation like taxis and ubers and the overall security and safety needed for patrons."

If the concept was to become a reality it would depend on people coming forward and building it from the ground up.

According to Lonsdale, "the concept is very people driven and should not be imposed by an institution but something the city can work together to create."

Christchurch Mayor Lianne Dalziel said she supports the concept but she did not think the city needed one at the moment. 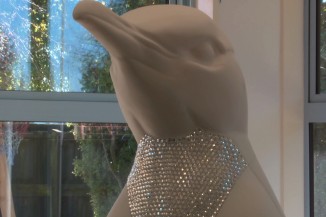 Artists are working around the clock to decorate Christchurch’s latest art installation.