Students Brittany Baugh and Paige Dalley created the University of Canterbury Modern Feminist Society in March after a conversation in the car. They realised there was a gap that needed to be filled in Christchurch

The pair wanted to create a space to discuss feminist issues devoid of judgement. The new society emphasises the values of fourth-wave feminism and intersectionality. People of all genders and ethnicities are welcome.

Paige, who is the society's vice president, said the group represented a move "away from the stereotype that white female cis-gender people are only feminists".

First wave feminism was "archaic", she said, whereas the fourth wave about inclusivity across all minorities.

The society aimed to educate students at the University of Canterbury about feminism in and hoped to reduce the stigma and negative connotations around feminism.

The group has initiated a number of events since being activated including a self-defence class and a pink ribbon event with an intersectional panel discussing topics such as sex work, body positivity, and eating disorders.

Baugh, who is the society's president, said a poster campaign was in place to highlight a different issue every few weeks.

Next semester will be eventful for the feminist society, with plans for a cabaret show on feminist issues and a trauma-based workshop scheduled. 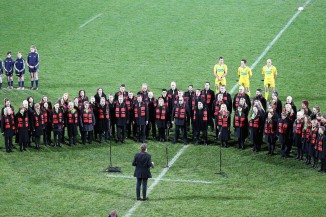 A community singing through tragedy 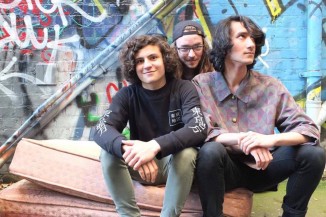