The city council made the decision in April to widen the footpath and add a cycle lane on the Hereford St bridge.

Park, who also co-owns Original Sin and Kong on Oxford Tce, said the bridge needed space for taxis and Ubers.

The layout change "defied logic", he said. And, a cycle lane added "no value whatsoever" as people simply did not bike to the businesses in the area.

Park said the city council was "dysfunctional" in relation to what hospitality businesses in Christchurch needed.

City councillor Mike Davidson, who voted in favour of the changes, said the wider footpath on the Hereford St bridge would "encourage more people to walk" to the businesses on Oxford Tce.

Davidson said the bridge's current taxi stand would be moved further down Hereford St and would end up being as close to Fat Eddie's as it was now.

Although the changes to the Hereford St bridge were approved, six councillors voted against the plan, including the central city ward councillor Deon Swiggs. 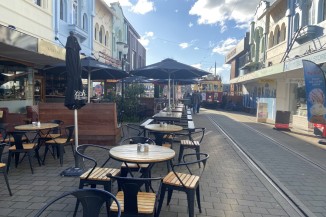 Shops and eateries are shifting their businesses to work without the usual international tourists in the central city street. 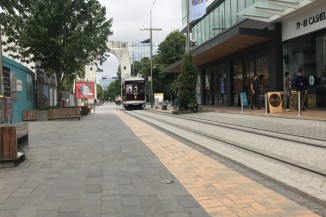