The study looked at 18 to 28-year-olds over the course of 20 years, checking in every five years. The last check in was 2012, and the findings from then have been compared to now.

Pushpa Wood designed the study and said there were a few big findings, one being parents are the first point of call for young people when getting financial advice. Secondly, young people are becoming more aware of saving for a home, retirement and paying off student debt. Thirdly, more young people have Kiwisaver and are putting in 4% of their weekly income into savings.

She said these findings do not surprise her.

"Parents are the role models for their children Children start to mimic them from a young age due observing them for so many years," she said.

The study showed that 47 per cent of 22 to 28-year-olds cited their parent as being their biggest influence when it comes to financial advice. 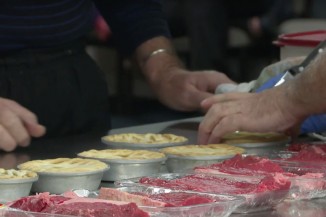 Older men get experience in the kitchen

Christchurch singles, widows and men wanting to improve their confidence in the kitchen learn how to cook

Traffic came to a halt on the motorway as people tried to avoid hitting the pedestrian.