Their gear was stashed in a van last night after they couldn't get into the club's home base at Mount Smart Stadium after an Ed Sheeran concert.

They'd arrived back in Auckland following Saturday’s win against the Raiders in Canberra.

The unmarked van was parked outside a staff member’s house on Auckland’s North Shore when it was broken into.

He says they've got a massive fanbase and are hoping supporters can keep their eyes peeled in case any of the gear ends up for sale.

“All the playing jerseys from our historic win over the Raiders have been stolen and they obviously hold special significance for the guys.

“It’s taken the gloss off what was an incredible weekend but it’s just another challenge and one we are certainly not going to let distract us from making our fans even prouder in the coming weeks.”

George said it was hoped that putting the message out to Vodafone Warriors supporters would deter the thieves from trying to sell the jerseys. 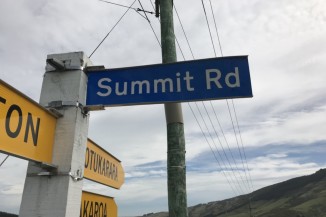 The City Council will be presented with a recommendation against banning cars from the Summit Rd at night.

The Government has announced the recall of 50,000 vehicles with Alpha-type Takata airbags.