Christchurch Airport will begin trials in the next couple of months for the first kiwi-made commercial self-driving vehicle.

Vicki Buck says Christchurch is the perfect testing ground for new technologies like this.

"Actually a lot of the geography and the attitude and the willingness to co-operate works really well for that sort of thing in Christchurch."

She says the city is welcoming the future, not hiding from it.

"It's coming at us whether we like it or not, and we obviously want to embrace it."

An airport spokesperson says these autonomous vehicles are nothing to fear, and is hopeful they won't put people out of work.

"A range of industries over the last few hundred years have gone through massive revolution and what's tended to happen is there's been a transfer of those skills".

Singleton says he will see the new self-driving vehicle for the first time next week.

Ohmio Autonomous Vehicle Engagement Co-ordinator Kate Matthews takes pride in the fact that New Zealand is jumping on board with self-driving technology.

"It's fantastic I think to have a New Zealand company involved in this technology," she says."It's great to be a part of this transport revolution." 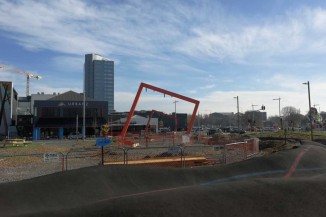 There's a push to get teenagers back and not just for the nightlife. Arwen Sommer reports. 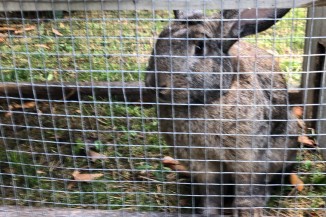 A Flemish Giant has escaped its cage, attacking neighborhood bunnies and munching on vegetable patches.