Canterbury's quick ball movement left Counties Manukau gasping for air, as the Red and Blacks notched up 78 points to keep the Ranfurly Shield.

The result was not in doubt by half time, with Canterbury logging 43 points after scoring two tries in the first five minutes.

Halfback Mitchell Drummond ran in four tries and was joined on the scoreboard by midfielder Tim Bateman and wing Braydon Ennor.

Canterbury's offloads and pace proved the difference, with Counties unable to halt the free flowing Red and Blacks.

Counties' only try came from Nigel Ah Wong off a solid scrum couldn't spark a comeback as Canterbury ran in 3 of their own.

Canterbury coach Glenn Delaney said he was pleased with the performance.

"A big focus this week has been looking at the small parts of the game and improving on that, the boys we have been training for a day and they have managed to sharpen those things up," he said.

The only low point for Canterbury was a knee injury to captain Luke Whitelock, who limped off in the second half.

Canterbury will play Wellington on Sunday in round 6 of the Mitre 10 Cup.

Counties faces relegation from championship unless they can win their five next games.

The Cantabrians are in the toughest part of their schedule having to play 3 games in 11 days.

Man of the match: Mitchell Drummond 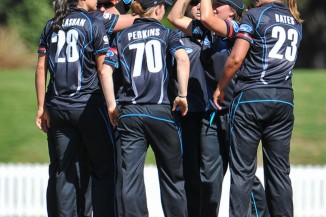 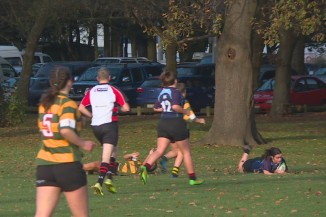 The success of the Black Ferns is giving a boost to womens rugby nationwide, but some say female teams are being treated second best.