In the last installment of Almost Unheard Of, we talked to three young friends about their experiences with the media growing up in Christchurch.

This story is a little bit different and begins during the Afghanistan Civil War.

In 1989, the former Soviet Army withdrew from Afghanistan, leaving behind a power vacuum. Different groups fought to take control and govern the nation.

Bilal Nasier’s family couldn’t see an end in sight to the conflict. That's when their long journey to Auckland, New Zealand, began. A journey to safety that would take them through Pakistan, Papua New Guinea, Singapore, Malaysia, Australia, and Indonesia before arriving in Wellington. The journey saw them paying tens of thousands of dollars to human traffickers.

Bilal was only four years old.

“We put our lives in the hands of these traffickers and just said get us to safety, so we ended up going from country to country. Overall, we spent four months in transit."

The Nasier family would stay in one location for a couple of days to a week before being told they needed to flee again because someone tipped off police or immigration services and there was a chance they would come looking for them. They would have to move quickly as they were on fraudulent passports.

"My parents would always tell us to be quiet because otherwise if we were to speak our native tongue, people would realise we aren't what it says we are on our passports, so as young children we had to be really quiet and keep our heads down and not draw any attention to us because we needed to escape.”

The Nasier family had no specific country they wanted to seek refuge in and after four months of fleeing from country to country, they finally arrived at Wellington Airport in 1999.

As they began to settle into their new lives in New Zealand, Bilal and his fathers were at the doctor's office, when the newspaper on the table next to him caught his fathers' eye.

On the front page of the Dominion Post, a family were labelled “immigration scammers”, accusing them of “jet-setting around Asia”, and “tricking” Australians to get into New Zealand.

Bilal’s father proceeded to carefully rip the article out and keep it. He knew it was their family that was the subject of the story, even though no names were used.

“My dad is someone who likes to archive things. Back home he kept all the photos and would try to document everything with our family. Special occasions and everyday life. He wants to preserve our family history. This was just another piece of that puzzle.”

After leaving Afghanistan with the bare essentials, Bilal’s father had to let go of all the photo albums and memories he’d collected up to that point.

Bilal’s still not entirely sure how that article came about. He suggested it was maybe due to where New Zealand is geographically. New Zealand doesn’t get a lot of asylum seekers compared to other places such as Turkey or Greece or other countries that are easier to get to from regions where refugees are coming from.

"The fact that my family was able to make it this far after such circumstances was kind of an unprecedented sort of thing which made the Dominion Post think this was significant news."

In the article, the Dominion Post journalist talked to a few different people and organisations, piecing together bits of the story. The only thing missing from the story was Bilal’s parent's side of the story.

These days, 20 years later, Bilal Nasier is working towards a doctorate in clinical psychology at the University of Auckland. The pressing need for mental health professionals with lived experience that could relate to people from refugee backgrounds was one of the factors that motivated Bilal towards this career path. The other was his own journey to understanding his sense of identity.

“My own personal struggles I had with finding my sense of identity, finding what it means for me to be a refugee or former refugee living here in Aotearoa. These kinds of questions were always at the forefront of my everyday life,” Bilal said.

“Certain things presented me with these dilemmas of “who am I? Am I Kiwi? Am I a refugee? Am I a Muslim? Or am I an Afghan? What am I?"

Since Bilal spent the majority of his life in New Zealand, he feels the urge to say he’s from New Zealand but doesn’t want to deny his homeland either.

“I say I'm from Afghanistan and I’ve been living here for 20 years and people are like 'oh then you’re a Kiwi' and that is uncomfortable for me to have someone else to tell me what I am. Yeah, I am a Kiwi but that’s for me to decide not for you to decide.”

"I’m also equally Afghan because I can still speak my language. I obviously look different to what our ideas are around what it means to look like a Kiwi, so it was a personal experience of me having had those kinds of issues for myself,” Bilal said.

After the March 15 attacks in Christchurch, Bilal did some workshops with young Muslims alongside some qualified psychologists to support them. Through that, he realised that there was a need for Muslim driven research to be done to see how best to support young Muslim people.

“We were woefully unprepared for supporting Muslims in general and so what happened was a lot of psychologists were reaching out to different people asking how they can support Muslims in this time and Muslim people were reaching out to us saying these psychologists and counsellors don’t get us. We don’t want to go see them. We just want to see Muslim people,” Bilal said.

This inspired Bilal to do the research he’s doing now which is looking at how the March 15 attacks affected Muslim youth in terms of their identity, their sense of belonging, and their mental wellbeing. He will also examine how they’ve been able to respond or bounce back from the attacks.

He’s not just looking at the negative impacts of it but also the resilience that's embedded within Muslim communities across the country. For his research, he’ll be drawing on some Islamic concepts around how Muslims see themselves as a collective rather than individuals.

He is working on a few projects on the side; one which is Empower. A refugee mentoring programme that he helps run. It helps former refugees who are wanting to begin tertiary education get to that stage of their lives and supports them through one-on-one mentoring.

He's also doing another project with the Auckland Museum to build relations with Muslim communities and the museum, with the hopes of developing a collection that reflects the lives and histories of Muslims in Auckland, specifically.

Bilal only began to understand the significance of the article, which was published back in 1999, when he was around 19 years old. After being confronted with the 2015 European refugee crisis and the death of Alan Kurdi, a Syrian toddler who drowned in the Mediterranean Sea, he asked his father to show him the article once more.

“It was an incredibly powerful image and pushed refugee issues to the forefront. So, it was around that time that I realised so much of my history was similar. It forced me to start thinking about it rather than just shrugging it off.”

Even 20 years later, at 25 years old, he still doesn’t know if he fully understands the magnitude of what happened.

In regard to what the media can do to better when reporting on refugee and/or migrant issues, the editor of The Press, Kamala Hayman, said diversity in the newsroom is what will create real change.

“Real change will come when we have diversity in our newsrooms so that journalists and editors better reflect the community we report on."

“Unfortunately, efforts have been made for as long as I have been a journalist to improve diversity in our newsrooms but so far have largely failed. It needs to start in schools and universities so that journalism is seen as a career for people from all walks of life.

“I do believe the horror of March 15 made us much more keenly aware of our failings. We had overlooked the threat from white supremacism while stoking fears regarding Islamic terrorism in the years post-9/11,” Kamala said.

While it may be hard to notice positive strides taking place, an article like the one in question being written today is unlikely. It was announced on July 24 that Behrouz Boochani, a Kurdish-Iranian journalist, has been granted refugee status in New Zealand. Boochani spent the last six years at the Manus Island Detention Centre and most Kiwis and news media have welcomed him with open arms.

Only a few weeks ago, Bilal was interviewed on The AM Show with Duncan Garner to discuss a survey that said one in five New Zealanders were against refugees resettling in the country.

“I wanted to talk about these broader social issues but every question I was asked was about my life and it became about me as opposed to the survey,” Bilal said.

Although the intention was good and the show tried to frame Bilal as resilient and successful, the narrative of the “exceptional refugee” also has a negative effect.

“I’m cautious of being framed as that “exceptional refugee” or being the “grateful refugee” who’s so happy to live in a country like this because it does more harm to people who don’t necessarily have the same privilege I have.”

“They wanted to portray me as an example of what a refugee can achieve but I’m also cautious about those kinds of narratives too because of how it can be used against other refugees, like my parents who aren’t studying PHDs at a New Zealand university, who aren’t doing these projects, who are just living their lives as everyday New Zealanders.”

“What are you wanting to achieve with this? What angle are you coming at it from? What are your beliefs and understandings of refugees? Are you prepared to have those beliefs and assumptions challenged?"

After his experiences with the media in New Zealand, Bilal Nasier hopes journalists work towards being more reflective and critical of themselves and their work.

In the next installment of Almost Unheard Of, we’ll explore the positive changes people are making in New Zealand media to better tell these stories. 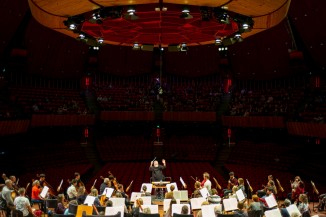 The inaugural Open Christchurch festival has been deemed a success, attracting over 12,000 visitors through its many doors. 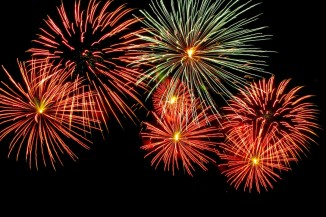 Bright and colorful fireworks light up the skies each year. But do what affects are they having on our animals and society?