It’s a global and local project with 419 cities worldwide participating and five in New Zealand.

Ōtautahi had the largest volume of data nationally with 11,411 observations documented and 1,749 species identified.

Keen naturalists went out between April 30 and May 3 and photographed different plants, trees, insects, birds, fungi and other things to be identified by specialists in the different fields.

Throughout the country, different species were found in different places due to their climates and the environment area.

In Auckland a lot of kawakawa, kikuyu grass and karama were found, which is typical of the northern area.

Hawkes Bay’s data had a heavy influence on birds with fantails and tuis and welcome swallows being found.

Wellington had a mixture of both northern and southern species and as some of the Christchurch team pointed out, there were lots of marine specialists taking part, adding to their findings with starfish and others.

Ōtautahi had lots of plant species like cabbage trees and senecios, partly because one of the participants, Jon Sullivan, is an expert in the relationship between the plant and others. He contributed the most to the challenge with over 3000 observations.

Dunedin’s data showed a marine influence and more ‘rainforesty type things’, which is not unusual with the region's high rainfall.

One of the reasons people take part in the challenge and use the app regularly is their curiosity with their surroundings.

Becoming curious about your surroundings and using the app helps those in the fields of ecology and enviro-sciences.

They can make patterns from where various species were found and make conclusions about why they moved from certain areas.

Over time experts will be able to use this technology and data collected to see trends in where species are located, population sizes and different types of species.

Although iNaturalist started out as an app for nature enthusiasts it could eventually help experts plan for the environment and climate change initiatives long-term.

Sullivan believes although the earthquakes caused catastrophic devastation in many ways, from an ecological point of view, there is some good news.

“As an ecologist, the city centre being in its untidy state means more nature comes through, there’s more wild which brings back wildlife. So it’s more interesting ecologically post-quake.”

One of the trends found is there are numerous species on the outskirts of the city, around the Port Hills, as well as in the city centre around the botanic gardens, but there is a gap of nature in between.

Long term the goal would be to find out why there are gaps in these areas and bring nature into the suburbs.

This isn’t the only event the community of nature enthusiasts are taking part in, they’re hoping to be a part of the Great Southern Bioblitz.

This event is similar to the recent nature challenge but only included cities and countries in the southern hemisphere. 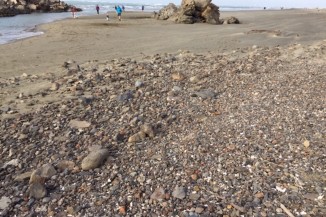 Sigh of relief from Redcliffs residents

Since 2019 rocks have littered Clifton beach - now residents' calls to council are being heard. 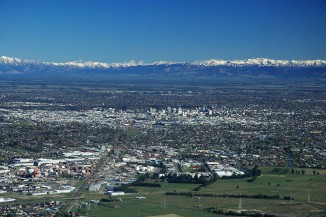