"They cost about $1 to buy online so that's half the problem I guess."

Those are the benefits of 25I-Nbome according to Ben [not their real name].

Ben explained that when you take a tab of N-Bomb it takes about 40 minutes to kick in and then your temperature starts to rise.

"As well as being a hallucinogenic, you get pretty amped up, really energetic and very confused about what is actually going on"

Ben said the trip is different every time and it depends on your surroundings as to how it goes but if something goes wrong there is no going back.

"You will be walking along and nothing is actually going wrong but everything around you is out to get you."

"For me, getting older is kinda scary, so everyone around me was old and ambulances became scary...and there was a lot of really violent things happening."

Because the amounts being consumed are so small, research published in the New Zealand Doctor Journal said the chance of overdosage is "very possible".

One tab of N-Bomb. Photo: Supplied

Ben said that once you've taken a tab, you are looking at a minimum of eight hours of no sleeping, no eating and an out of body experience.

But when you come down from the high, it's a three day hangover.

"After you take it, it makes you slow and dopey for half a week, you just do dumb stuff and don't think as quickly, it slows you down completely" he said.

And once you've tried a single tab, one is no longer enough.

Ben explained that the drug has a "tolerance period" so if you take it again within two weeks, you need to up the dosage to get the same buzz.

At the height of his abuse, Ben was taking N-Bomb twice a week so his dosage got dangerously high.

"The most I ever took was six tabs, so that was pretty rough. It was on my 21st and pretty much everything was fine but then I lost my girlfriend's purse and that set me off."

Ben said that when a trip is good then it's really good.

But when it's bad, it's really bad.

"There is pretty much no way of calming someone down who is on it, you just completely loose control, especially if you are having a bad time".

He said sometimes it took multiple people to hold someone down and restrain them.

Research in the New Zealand Doctor Journal mirrored this experience with Kiwi doctors having also experienced patients suffering from agitation and psychosis.

Mid-way through this year, the side effects got so bad that Ben decided it was time to quit.

"I got to the point where I couldn't take it without feeling like an absolute mess towards the end of it, lying in bed crying because I couldn't get to sleep".

Because the drug is not physically addictive, Ben didn't get any withdrawal symptoms and didn't find it difficult to quit.

Ben said it's hard to say whether he has suffered any long term effects from N-Bomb because he was using other substances at the time but he said it made him paranoid, gave him irrational fears and a shortened attention span.

According to research in the New Zealand Doctor journal, the drug first became known to authorities in 2012.

The journal stated that since then the availability and use of the drug have increased.

A World Health organisation study  said it was also used numerous central European countries as well as the United Kingdom and USA.

Let this be a warning

Ben said that sometimes the drug is being labelled as acid so users didn't know what they were taking.

"The big danger is that people are labeling it wrong and it's ridiculous because LSD is actually pretty safe to use, it's not toxic or anything and it's class A and this is really really bad and it's class C," Ben said.

He warned that if you receive bitter-tasting acid, then don't take it because it's most likely N-Bomb.

"It just tastes real yuck, it tastes like dish washing detergent," whereas acid doesn't have a taste.

The trip of the two drugs is similar which is why the substitute is going unnoticed, however the change of something going wrong with N-Bomb is much greater.

Two men have been arrested following an investigation after six people were treated in Christchurch Hospital in early October after taking synthetic drug known as 25B N-Bomb.

19-year-old Jacob Douglas Wanhalla of Kianga was charged with selling a non-approved psychoactive substance however it has not been made clear whether that substance was N-Bomb.

In the Christchurch District Court on Friday afternoon, he was given a registrar's remand on bail and is due to appear at the end of the month.

10 cannabis plants were also seized when a search warrant was executed by police at a residential address in the Kainga area.

A 54-year-old has also been charged with cultivating cannabis. The man has been granted bail and will appear in Court on October 23.

Of the six people admitted to hospital, one man was admitted to intensive care and placed into an induced coma after suffering adverse reactions to the drug ‘N-Bomb.’

The 20-year-old, known as Michael, suffered multiple organ failure and was on life support when first admitted but was moved to a general ward and is now in a stable but serious condition.

“We turned the corner on Wednesday afternoon when Michael was brought out of the induced coma.  He is now stable and being treated on a specialist ward.” said a family spokesperson.

“We don’t want any other families to go through what we’re going through and urge them to seek help if they suspect someone they care about is taking drugs.” 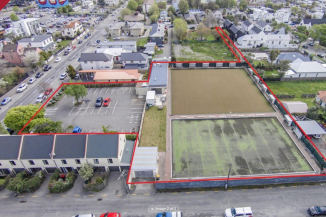 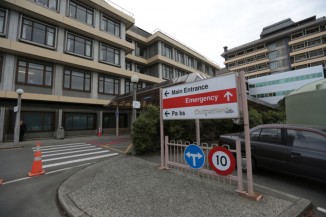 Nurses feel unsafe walking to their cars at night

They are scared for their safety with the lack of late night security and parking around the Christchurch hospital.