The haze was first seen in central city at about 10am.

Fire stations across the city received reports of smoke, but were initially unaware of the location of the fire.

In a Facebook post, Oderings apologised for any inconvenience to Christchurch residents. The garden centre posted it had been the impression that its Philpotts Rd site could legally burn off organic plant material.

"Oderings wishes to offer our sincere apologies for any inconvenience caused to the City of Christchurch after a controlled burn off has resulted in smoke haze across our great city.”

At no point did the burn-off get out of hand.

Due to still conditions, the smoke moved slowly across the city.

On Tuesday, Environment Canterbury spokesperson Gillian Jenkins said investigations were underway, as the burn beached the 'Canterbury Air Regional Plan' which states that outdoor burning is not permitted between the months of May and August.

Oderings could be fined $1000 for the breach, with further repercussions possible, 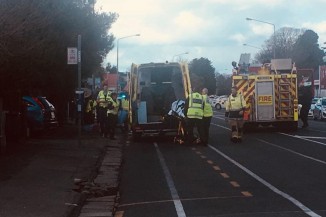 Pedestrian dead after being hit by a car

A pedestrian has died after being hit by a car on Ferry Rd. 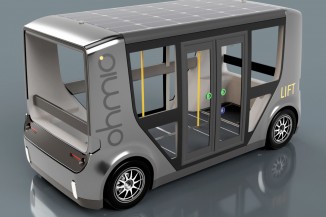 Christchurch Airport will begin trials in the next couple of months for the first kiwi-made self-driving vehicle.