The Federation of Islamic Associations of new Zealand (FIANZ) is seeking $1.3 million from the government to improve security at mosques and other Islamic buildings.

But some members of the Christchurch Muslim community are not sure the money should go to FIANZ.

FIANZ could not be held accountable to the same degree as the government, Ahmed said.

"The New Zealand government can be held accountable. They're trained and capable, and all eyes are on them."

Ahmed said there was still a heightened sense of fear.

"Armed police are helping us feel safe in these thirty days and it's good to see people attending," Ahmed said.

Ramadan has about two weeks left and Ahmed hopes things go back to normal.

Another community member, Denise Jaeger, said a joint partnership between FIANZ and the government would be the best step forward.

"Good policy could come out of a joint partnership," she said.

FIANZ is also launching a database to report hate crimes against Muslims in New Zealand. The goal of the database is for people to report any experience in which they feel targeted because of their faith. 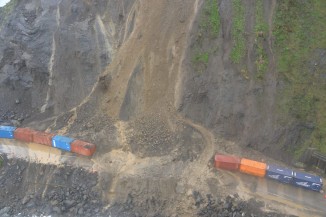 Heavy rain and land slips have pushed rock-filled containers onto the road, isolating the coastal town. 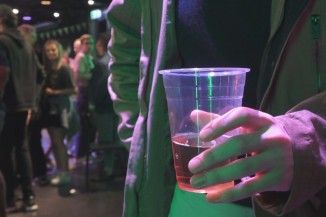 The culture around student drinking

After seeing the effects drinking culture has in Dunedin, what are people in Christchurch doing to look after students.