Yesterday he returned home to Christchurch after an extended holiday, which was described as a "surreal experience".

When the 32-year-old left New Zealand in mid-March, the country only had five cases of COVID-19. Waipouri was looking forward to his brother's wedding, before flying home on April 5.

However, Air Vanuatu suspended all international travel 12 days prior, keeping him stranded in the country's capital, Port Villa.

"Despite a bit of uncertainty and stress when my flight got cancelled, the New Zealand High Commission in Vanuatu gave me constant updates and information, which gave me the confidence to just get on with my holiday."

If flight cancellations due to COVID-19 were not enough, Cyclone Harold decided to roll in, putting the entire nation in a State of Emergency.

"Where I was, we certainly got wind and rain but it was the northern islands that were worst hit. One local I talked to said a weather station had picked up 340km/h gusts which must have been pretty crazy. I was very lucky."

The cyclone was labelled as the second largest to ever hit Vanuatu, killing 27 people in the Pacific.

A chartered commercial flight was no longer an option to pick up the 39 stranded Kiwis, which meant the New Zealand Defence Force deployed a C-130 Hercules to bring them home, delivering humanitarian aid in the process.

"I actually felt safer in Vanuatu, as there were no cases and their border restrictions were tighter than ours. If I went home on March 25, New Zealand cases were going crazy, I was worried I would pick something up in transit through Auckland, and take it home to my Grandma.''

"The funniest thing was once we got off the plane we were informed we must stay two metres apart from each other, but we had just sat shoulder to shoulder on a flight for four hours. Our bus just cracked up when we got told that."

For the past two weeks, Waipouri was placed in non-symptomatic quarantine at the "pretty full" Novotel Hotel in Ellerslie, Auckland.

He said most people seemed to be in good spirits, including Police, Customs, Navy, Army, Air Force, and St John officers based on site. They had all received restaurant meals for two weeks, had their temperature checked by nurses daily, and could drink beer in their rooms.

Whilst there had been reports of airlines and hospitality providers not being fair with refunds during the pandemic, Waipouri could not fault anybody.

“Every organisation I’ve dealt with during this whole time has been really understanding and quite accommodating, it’s been absolutely fantastic.”

Despite the disruptions, and not getting to see his brother's wedding take place, he said it had been a journey he would never forget.

"I got to experience a cyclone, I got to go on a plane a lot of people never get to go on and I've been put into isolation in a hotel I never would probably have stayed at. It has been a cool holiday." 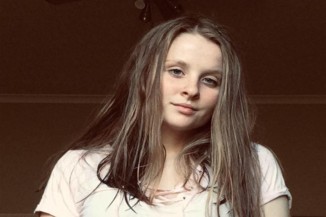