After just three days on the job, a Timaru meat plant worker has lost his hand.

The 40-year old man was taken to Timaru hospital on Friday morning after he severed his hand just below the wrist.

The man, who had started working for the Alliance Smithfield plant on Tuesday, was working in the rendering department alone at the time of the accident.

Meat Workers Union Canterbury Secretary Bill Watt said the accident was ‘horrific’ and confirmed the Union will be working with the company to support the man.

Watt said it wasn’t normal for staff to be working alone, when they were so new to the job.

A St John spokesperson said the man had been taken to Timaru Hospital's emergency department at 10.27am on Friday.

Alliance Group general processing manager Kerry Stevens said the company had launched its own independent inquiry and were fully co-operating with the WorkSafe investigation.

Alliance group is owned by approximately 5000 farmer shareholders and is the world’s largest processor and exporter of sheep meat.

let's talk about the environmental impact of single-use plastics 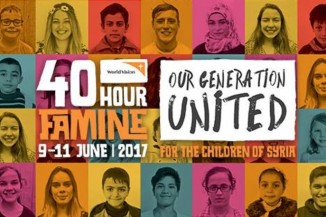 Christchurch kids ready to give back

Kiwi kids are gearing up to do their bit to help Syria and Jordan.