A jury has convicted a man of assaulting his ex-partner but found him not guilty on four other charges.

John Malcolm Borlase, 41, has been found guilty of assault on a person in a family relationship by a jury in the Christchurch District Court on Tuesday.

Borlase was found not guilty of four other charges including two of assault, one of impeding breathing and one of wilful damage.

The two-day jury trial began on Monday in front of Judge Mark Callaghan.

Borlase's family sat in the public gallery, and many broke into tears when the jury gave its verdict.

The assault conviction relates to an incident on January 29 last year, when Borlase forcefully pushed his ex-partner backwards, causing her to break her wrist.

The couple had been out drinking and Borlase got angered when the complainant began to cook some food before going to bed. She told the court that when she hurt her wrist, Borlase yelled: "There is nothing wrong. You've just sprained it."

She had surgery on the broken wrist.

The woman did not report the incident to police at the time because she didn't want to anger Borlase further or get him in trouble.

The four charges he was found not guilty of relate to an incident on July 7 last year.

The complainant alleged he assaulted her after she refused to let him take the keys and drive to town. She told the court that she was hit multiple times as well as strangled by Borlase with her own seat belt.

Bruising consistent with her allegations were confirmed by a doctor at Christchurch Hospital on the afternoon of July 7. However, defence counsel Chris Nolan suggested the injuries were inconsistent with the level of accusation.

"The story is not the same story told by those photographs," Nolan said.

Borlase admitted things had been "very animated" on July 7, but said he'd had "no intent to strangle her or try to kill or hurt her".

Borlase has been remanded on bail until his sentencing on October 15 at the Christchurch District Court. A previous bail condition of no alcohol consumption has now been removed with an alcohol and drug assessment to be made before sentencing.

This was one of the first jury trials to take place in Christchurch since the Covid-19 lockdown. 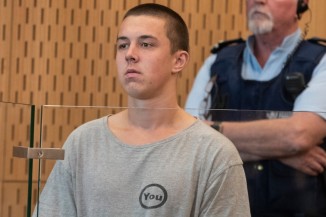