Man is denied bail after yelling out to family members in the Christchurch District Court.

The alleged offending took place in Auckland last year. He is accused of robbing and wounding a man, allegedly stealing a cash bag and another item.

Aramoana appeared by video link. He yelled out to family members in the courtroom, prompting a warning from the judge who told him court was not a comedy show.

He was denied bail and will re-appear next month. 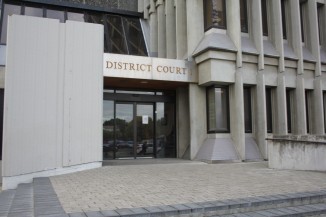