E.Coli was detected Wednesday morning in a pump that supplies water to thousands.

Christchurch City Council head of drinking and wastewater systems John Mackie said it was a sample taken on the most recent check on the Heathcote Valley pump on Wednesday morning that came up positive for E.Coli. Before that the pump was last checked on November 3.

Mackie said wells, pumps and reservoirs in the city were checked daily. The Heathcote pump that supplies water to Lyttelton Harbour, Governors Bay and Diamond Harbour was tested roughly every four days.

Residents in these areas may notice the smell and taste of chlorine in their water for a few days until the water was clear of bacteria and the cause of the contamination found, he said.

Mackie said chlorinating the water was precautionary, because most of the time an E.Coli presence did not mean consuming that water would make people sick.

"You don't necessarily get sick from E.Coli, however there are strains of E.Coli that do cause severe illness, but generally it's just an indicator bacteria that says that there is fecal contamination in the water."

Mackie said the cause was being investigated but the water could have been contaminated by back-flow or possibly bird faeces. The city council would "keep it chlorinated until we're satisfied that there is no risk".

"It could be a few days. We want three clear days of clean results before we stand down."

About 4500 people will have chlorinated water until then.

Owner of Lyttelton bar Civil and Naval Louis Dyer said he was unaware of any water treatment and "hadn't noticed any difference in the taste of the water at all". 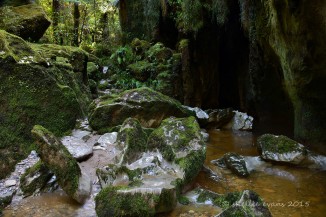