Ōtautahi is known as the garden city, but a city councillor wants trees that damage waterworks cut down.

A disagreement over the management of trees has been an enduring and unsettled debate in the Waitai (Coastal-Burwood) Community Board.

Board member and city councillor Phil Mauger mentioned the piney problem at a recent board meeting, explaining how the growth of trees near public pathways was causing expensive damage to the surrounding concrete and asphalt, a cost which is met by taxpayers to the tune of tens of thousands of dollars each year.

Council policy stipulates that "if a tree is damaging a pathway, (the council) will consider removing it".

Mauger’s chief complaint was with the wording in this, requesting the word 'consider' be removed from the policy.

Mauger added that water pipes, especially older ones with asbestos cladding around them, were being damaged by roots and water was gushing up from the ground in some areas.

His proposed solution was to cut down any tree deemed problematic for the city, especially those which are located close to pipes that channel large volumes of clean or waste water.

This was met with instant criticism community board member Bebe Frayle, who stressed the historical importance of some trees.

She said Ōtautahi had trees that were 100 years or older, which had landmark status on par with buildings.

17 year-old Azaria Howell wants the voting age lowered so 16 year-olds can also have their say. 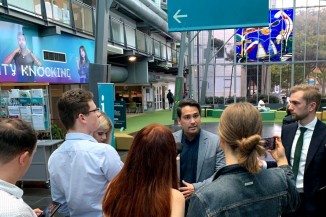