A dedicated futsal player and loving father was one of the victims in Friday’s mass shootings at two mosques in Christchurch, New Zealand.

Friends of Kuwait-born Atta Elayyan, 33, have travelled to Christchurch to pay tribute to his life.

Iraqi man Ghassan Alaraji, 35, who works as an osteopath in Auckland, said he witnessed Elayyan’s death in one of the videos posted online by the suspected gunman, Brenton Harrison Tarrant, 28.

“It showed a young chap running towards the perpetrator trying to tackle him to stop him from shooting,” Alaraji said.

“Just before that happened, the perpetrator shot him. That was my friend Atta.”
He described watching the video as “very saddening”.

Alaraji, who’s travelled from Auckland to show his support to the grieving families, said Elayyan was a kind man, successful businessman, loving father, and a good husband. He was a member of the Futsal Whites, New Zealand’s national futsal team.

“He was trying to help and protect the others from being shot, but unfortunately he wasn’t so lucky,” Alaraji said.

Atta Elayyan was born in Kuwait and a member of the tech community in Christchurch. He co-founded and ran the mobile consultancy company, LWA Solutions. He moved to New Zealand in the mid-1990s and loved his time here, Alaraji said.

He said there had been lots of support from the local Christchurch community and the council has done an amazing job to begin digging graves for those who lost their lives.

“We wish all the best for his family and we’ll try our best to give all our support for them,” he said.

“He will be dearly missed,” Alaraji said as he held a photo showing Elayyan with his young daughter.

Another friend of Atta Elayyan, who did not want to be named, said he received official confirmation of his friend’s death late on Saturday night.

“Yesterday in the morning when they confirmed that he wasn’t on the list of people who were in the hospital… that was kind of the first acceptance,” the friend said.

“That was hard. That was a shock,” the friend, who had also travelled from Auckland to pay respects.

In a statement, New Zealand Football said it was deeply sad to receive the news of Elayyan’s death.

Chief Executive Andrew Pragnell said the death was devastating for those in the football community.

“On behalf of everyone at New Zealand Football our thoughts and prayers go out to anyone who has been affected by these heinous acts of violence,” Pragnell said. 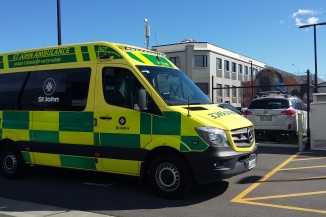 Where are the St John donations for Christchurch?

St John staff feel exploited by "insensitive" advertisement for donations in the wake of mosque attacks. 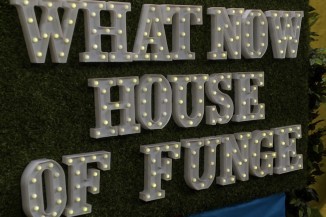 What Now has taken COVID-19 in their stride

New Zealand favourite children's programme has had to adapt to COVID-19, but it thankfully hasn't affected too much.