‘Ki uta ki tai’ – from the mountains to the sea, a long-lost river is heard in Koukourārata once again.

Watching, ever watching, Te Ahu Pātiki stands fast. As cloud swirls, glimpses of water are caught in the bay far below. Spirals of smoke drift up into the sky, from the place where land meets sea. Down the road winds and spills, down into fertile valleys and around the waters edge. Onward, ever narrower until it reaches the place over which the mountain of Te Ahu Pātiki watches: Koukourārata.

Salt water laps the shore. Birds sing in forest pockets above. Homes hug the edge of the bay, gathered in a place where beauty dwells. For those who are listening, two rivers flow free, dancing down their hillside paths, clothed in a mantle of bush once more.

In a time when headlines are rampant with river water issues and the majority of Canterbury water quality is declining, the Māori community of Koukourārata are paddling a different waka. Instead of eroding river banks and stagnant water, their rivers are a place of beauty and life, beginning to flow as they did hundreds of years ago. They’re digging into their whakapapa, their roots of whanaungatanga, manaakitanga and kaitiakitanga. But it hasn’t always been this way.

Peter Te Rangihiroa Ramsden walks with mana and dignity. He is well respected and high up in Ngāi Tahu. People smile, joke and laugh with him, but listen closely when he speaks. And for good reason. Peter isn’t just a dreamer, he makes things happen and doesn’t mince his words. He is passionate about his whenua, his whakapapa and holding tradition in tension with modern ways, forging a way for the marae and whenua to be a place where the tamariki are proud to return.

10 years ago, the Koukourārata River was in a terrible state, a scar of colonisation. Full of cows and sheep, it had little flow and a lot of erosion. Locals are surprised it even survived. But this awa, this river, has a different significance than what a Western worldview might hold to it.

“Water is everything,” Peter says.

“It’s never about quantity. The Ganges has got quantity, but we have the potential to have quality in New Zealand and we’re losing that capacity.”

All of the projects at Koukourārata are about protecting the quality of water, from the community gardens to the mussel farms out in the bay.

“(Water) quality costs time, effort and money and this is the difference between pure quantity used in irrigation.”

Watch: A father and son share the significance of their awa

River Engineer Rob Blakely has worked to restore Canterbury rivers for the last 40 years. While he has seen some improvement on small streams landowners have protected, it’s mainly been very limited as farming and soil erosion have intensified.

He believes the younger generation need to be educated in how people’s actions affect the natural world, so they can pressure decision makers.

“We are meant to be caretakers of the earth for generations to come, rather than ‘takers and resource users’ for the present need,” Rob says.

“Huge advances can be made in improving water quality by seeing water as a living substance affected directly by our methods of food production and industrial systems,” Rob says.

That’s something the people of Koukourārata have known for a long time.

They began with the basics: fencing off the two rivers from animals. With seedlings grown from seed in the original bush up the hill, they started the process of re-planting the banks. It wasn’t all easy. The planting took a lot of manpower, while getting on the same page with locals took time.

Peter says if it was just Māori or Pakeha working separately, it wasn’t going to happen.

“The bottom line of this kind of work is community. It’s about what the community can do and the legacy we leave, that’s the important thing.”

The community persevered through three separate, hundred year floods in a row. During one of the floods, one third of the fencing and approximately 12,000 trees were washed out to sea in a huge flood wave, never to be seen again. Despite the setbacks, within 18 months of the last flood, they’d accessed funding and had the entire river re-planted and fenced again.

Mataī, kōwhai, koromiko, ake ake, mānuka and toi toi now grow together, creating a kōhanga, a nursery, of local native plants. There are tōtara for future carvers, harakeke for weavers and a mix of rongoā, medicine plants. In preparation for floods to come, some species were chosen for their ability to survive underwater for days at a time. The river isn’t stop banked in. It’s free to roam where it wants, creating islands and swamps un-impinged.

The Koukourārata and Kahuhunu rivers are part of a privileged few. Environment Canterbury’s recreational water quality map tells a sad story. Though it looks passable at first, on closer inspection, all the sites listed as safe for swimming are at the seaside. Within a 20-kilometre radius of Christchurch, all river sites are listed as “poor” or “very poor”. Basically, un-swimmable.

Chief Scientist at ECAN, Dr Tim Davie, says the poor river water quality is caused by urban land use and intensive farming at the bottom of river catchments in and around Christchurch.

He says many farmers are just trying to make a living and it will take a change of mind set for some to embrace healthy water quality and ecology.

However, results from last year show a slight improvement and Tim believes we’re beginning to see a turnaround in water quality.

“I think there’s always going to be a challenging few (rivers), but you want it so the vast majority are swimmable and that’s where I’d like it to be in less than 50 years.”

40,000 trees line the banks of the Koukourārata River, from the water’s edge to the bush line, forming “ki uta ki tai” – from the mountains to the sea. Life is returning to the awa, the sound of the river running with birdsong and ocean once more.

But where would New Zealander’s like to see our rivers and land a few years from now?

It’s a simple question, yet Peter believes one that every New Zealander should be asking.

He says we have to be willing to sacrifice some of the extras in life, whether that be a third car or house, and invest that money back into our environment.

“It basically boils down to: are we willing to give away to create… this place we need to live in?”

“It’s not a sacrifice… Just get a slightly less flash boat and car and pour those billions into the environment. Otherwise, we’re in trouble.”

The story of Koukourārata’s rivers is a bright spot in the current degrading of New Zealand’s water quality. Peter says fencing off rivers and planting native trees, thereby reducing erosion and creating habitats for fish and birds is not complicated. But it’s vital if we’re going to have something left to pass on to our children and generations yet to come. 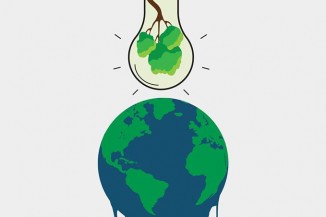 How much do you know about Climate Change? 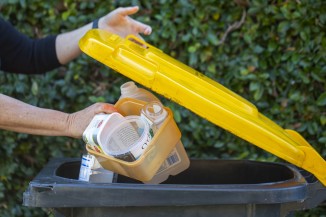 It's been a year since the 'Have We Bin Good' scheme was introduced, and one year on things are looking good for Christchurch's recycling.