The decision to close the Kiwibank branch at The Palms shopping centre in Shirley has been met with backlash from the local community.

The closure has left Eastern Christchurch without a fully-serviced Kiwibank, following multiple branch closures within the last few years including Eastgate and Woolston.

The branches at New Brighton and Edgeware continue to operate with limited banking services.

The long-term Kiwibank customer said the bank had "betrayed the New Zealanders who put their faith in them".

Dalziel believes Kiwibank has a duty to keep a branch within the community and said the closure would impact local residents.

Community board member James Ward said he was aware of the community concern and backlash, and encouraged those affected to make direct contact with Kiwibank to voice their disappointment.

In a statement, Kiwibank said the growing shift of banking preferences had made some branches unsustainable, and despite their best efforts it was not always able financially viable to maintain a physical presence in some areas of New Zealand.

Kiwibank said as a result they had partnered with Digital Inclusion Alliance Aotearoa to provide workshops with customers in the area to enhance customer confidence with online banking.

Kiwibank reported a solid half-year profit of $55 million for the July - December 2020 period in February, up 8 percent from the year prior. 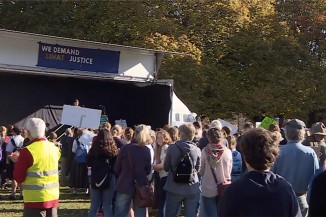 Strikers fight for an emergency

Thousands of students marched from their schools in support of saving the climate. 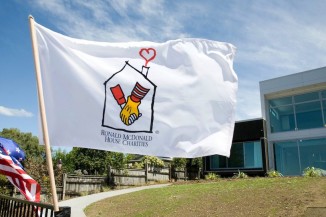